Man, 22, taken to hospital after brawl at Holland Village 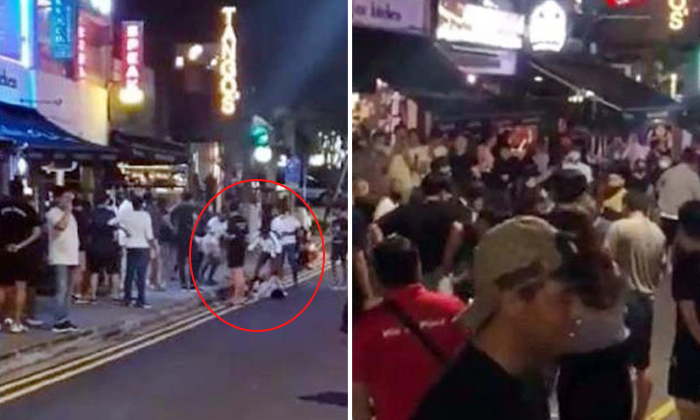 A 22-year-old man was taken to hospital after a brawl that broke out at Holland Village last Friday night (Apr 8).

The police told Stomp that they were alerted to a case of voluntarily causing hurt along 1 Lorong Mambong at 11.37pm.

The man was conscious when conveyed to hospital and police investigations are ongoing.

A video circulating on social media shows a group of men in an altercation on the pavement. One person can be seen falling onto the ground and getting kicked.

On Facebook, the video has been shared over 1,000 times.

According to The Straits Times, food and beverage (F&B) operators in the vicinity hope that the incident will not derail the return of outdoor dining after nearly two years.

Mr Lovein Shrestha, who owns Baden Restaurant & Pub, is worried that circulation of the video online could bring unwanted attention to the area, which has been badly hit by the pandemic and the ban on outdoor dining.

He told ST: "I hope that people who come to this area will behave, as it can affect all the businesses here."