Man, 21, arrested after allegedly attacking man and woman with a pair of scissors 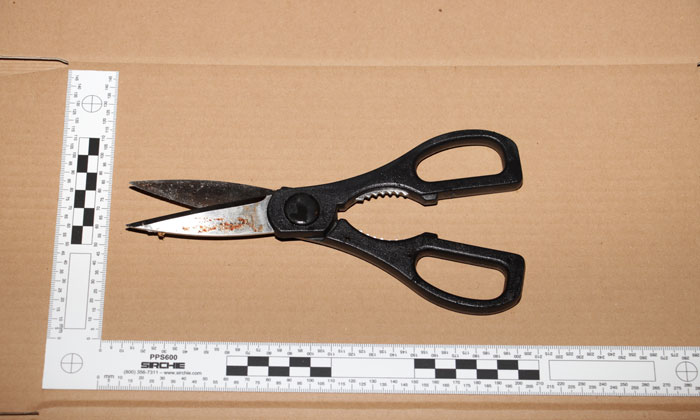 A 21-year-old man has been arrested for allegedly attacking a man and a woman with a pair of scissors.

Both victims, a 20-year-old man and a 21-year-old woman, suffered multiple injuries and were taken to hospital.

The police said in a statement that on Tuesday (Aug 2) at about 8.29pm, they responded to a case where the man had allegedly assaulted another man along Serangoon Avenue 4.

After the attack, the suspect fled the scene in a vehicle with a woman before police arrived at the scene.

Officers from Ang Mo Kio Division managed to locate the abandoned vehicle at a multi-storey carpark at Northshore Drive.

Together with officers from the K-9 unit of the Special Operations Command, a search was mounted for the couple.

They were eventually spotted hiding at the back of a lorry that was parked along Punggol Seventeenth Avenue.

The woman was found to have suffered multiple injuries after she was allegedly attacked by the suspect with the same pair of scissors over a past dispute.

The suspect was arrested within five hours of the first attack.

Both victims are in stable condition.

The suspect will be charged in court on Thursday (Aug 4) with voluntarily causing hurt by a dangerous weapon.

If convicted, he can be jailed for up to seven years, fined and caned.

The police said they will spare no effort to track down those who commit such brazen acts and will take firm action against them in accordance with the law.