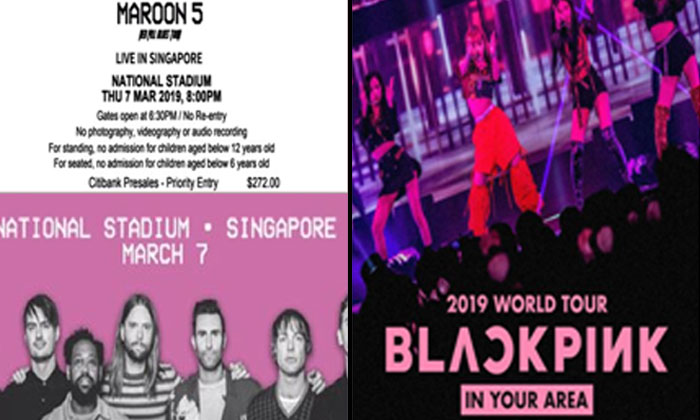 An 18-year-old man was arrested for his suspected involvement in a series of e-commerce scams involving selling Ed Sheeran, Maroon 5 and Blackpink concert tickets on Carousell, the police said in a statement.

The police received several reports between Feb 13 and Mar 2 from victims who had responded Carousell listings advertising the sale of the tickets.

However, after the victims paid the seller via bank transfer, they did not receive the tickets.

Through follow-up investigations, officers from the Commercial Affairs Department established the identity of the man and arrested him on Wednesday (Apr 17).

He is believed to be involved in at least 11 cases of scams and cheated a total of $5,400.

He will be charged in court on Thursday (Apr 18) with cheating.

If guilty, he may be jailed up to 10 years and fined.

Related Stories
Man receives police advisory about sex scams, ignores it and gets cheated of $700 minutes later
Man allegedly cheated victims of over $10k by offering rooms and cars for rent, then going MIA
Man who posed as HDB contractor and allegedly punched resident arrested for cheating over 19 victims
More About:
scam
concert
Carousell
arrested