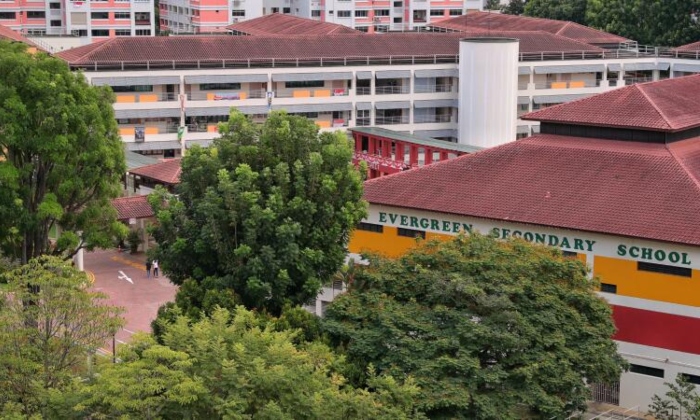 Even though a bomb threat reported at Evergreen Secondary School on Thursday morning (July 21) was determined to be false, such security threats should be taken seriously, said the Ministry of Home Affairs (MHA).

"It is important to have safety and security protocols in place, and to exercise crisis plans regularly," it said in a Facebook post on Thursday evening.

Staff of the school in Woodlands reported the bomb threat to the police at around 7.40am on Thursday.

But the police determined it to be false after they conducted a thorough sweep of the school compound.

A male teenager is assisting in investigations, the police said.

The ministry advised the public to remain calm and refer only to official or credible information sources when responding to a crisis. This is to ensure misinformation, which could create unnecessary panic, does not spread, it said.

MHA added: "As part of the SGSecure movement, the Home Team has been working with community partners to ramp up emergency preparedness capabilities, particularly for terror attacks.

"We can all play a part to be prepared for attacks, as one community."

In response to queries, the Ministry of Education (MOE) said students and staff are trained on what to do in security emergencies, whether in school or off school premises.

"All schools have a school emergency structure and standard operating procedures to respond to emergencies, to recover and restore the situation back to normalcy," it said.

Schools also conduct emergency drills in partnership with the police and the Singapore Civil Defence Force at least twice a year.

"These drills are aligned with the run-hide-tell principles, which address security threat situations," the ministry added.

Education Minister Chan Chun Sing said in a Facebook post that the school staff and students stayed calm, and carried out their evacuation protocol as planned.

All students who were already in school were fully accounted for, and asked to return home as a precaution.

Parents were also informed via the Parents Gateway mobile application not to send their children to school.

The police said they are looking into the case under the United Nations (Anti Terrorism Measures) Regulations 2001.

"The police take all security threats seriously, and will investigate persons who intentionally cause public alarm," they added.

Mr Chan, who thanked the police for their swift response, said: "Teachers are checking in with students on their well-being, and school counsellors are on standby to assist any student if required."

He added: "The safety of our students and staff is paramount, and MOE will not tolerate any threat or action that endangers our schools. Together with the police, we will take necessary action against anyone who causes public alarm."