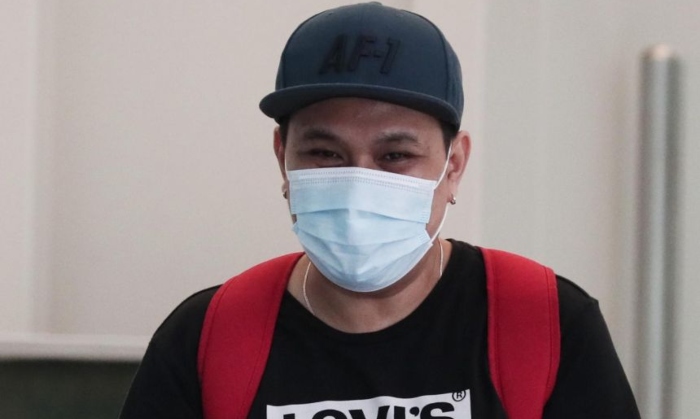 Angered by a nursing home resident who was throwing a tantrum, a male nurse assaulted the 67-year-old man and caused him to be hospitalised for seven days.

After Flores Alvin Jay Vargas, 36, kicked and threw punches at the wheelchair-bound resident, he told another nurse not to reveal what he had done.

On Wednesday (Dec 23), the Philippine national was jailed for 16 weeks after he pleaded guilty to one count of assault.

He is no longer working at the All Saints Home in Jurong East.

Deputy Public Prosecutor Niranjan Ranjakunalan told the court that the incident occurred at around 6pm on May 25, 2019.

The resident, who was left with brain trauma injuries after a 2017 traffic accident, had requested for a knife to cut an apple.

He threw a tantrum when his request was turned down, said DPP Niranjan.

The resident then repeatedly pressed the call bell next to his bed, and Vargas approached him to explain why staff could not hand him a knife.

However, the resident continued pressing different call bells, and he pulled and tore Vargas' shirt while the nurse was attempting to take a handheld bell away from him, added the DPP.

"The accused became angry and punched the victim, who was still on his bed, on his chest a few times. The accused then kicked the frame of the victim's bed and kicked the victim once on the right side of his body," said DPP Niranjan.

Other nursing home staff who were present told Vargas to stop. He later messaged one of the witnesses, asking her to "tell anybody inquiring into what happened that he did not punch the victim", added the DPP.

The truth was uncovered two days later when the victim told his visiting brother about the incident.

The nursing home's on-duty doctor saw that there was some tenderness on the victim's chest walls, and the victim was sent to Ng Teng Fong General Hospital, where he was warded for seven days.

Doctors found there was "suspicion of crack fractures" in the victim's ribs, although they could not confirm if the fractures had occurred. The victim was transferred to Jurong Community Hospital on June 2 that year for rehabilitation.

In mitigation, Vargas' defence counsel said that the nurse was deeply remorseful.

The sole breadwinner of his family, Vargas told the court that he has since been dismissed by the nursing home.

District Judge Jasvender Kaur agreed with the prosecution's submission that Vargas should be given at least four months' jail.

She said patients should be safe and cared for by nurses who keep their interests at the "front and centre".

This was not a case where there was a single punch that can be attributed to a momentary loss of anger, she added, highlighting that Vargas had punched the victim a few times and kicked him in anger.