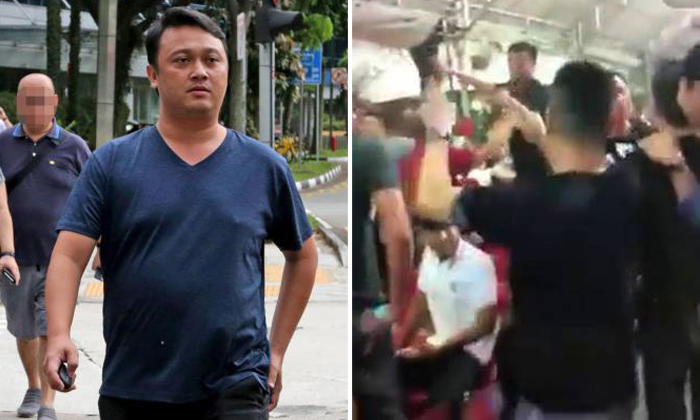 A Malaysian getai singer, who goes by the stage name '黑人'伟宗 (Weizong), was reportedly arrested in connection to a video that allegedly showed him chanting gang slogans during a performance in Yishun.

According to Shin Min Daily News, he is currently out on bail and has to remain in Singapore to assist in investigations.

Police previously told Stomp that they were investigating the incident that occurred at Block 101 Yishun Avenue 5 on Sep 7.

A video that was circulating online showed several men singing both on and off the stage, amidst shouts of "Ang Soon Tong" over a microphone.

Stomp understands that one person was arrested in relation to the case.

He was reportedly interrogated at Police Cantonment Complex for nearly six hours till around 5pm, while the getai organiser was questioned by police for two to three hours.

Shin Min said it received a reliable tip-off that Weizong was arrested and is not allowed to return to Malaysia while police investigations are ongoing.

As such, he might miss any upcoming performances in his schedule.

Reporters' calls and messages to Weizong went unanswered, while his Facebook account has been silent for a week.

After the video in question went viral, Weizong had posted on Facebook that he would go to the police station to face the music and expressed hopes that everything would go well.

He also emphasised that he did not know it was illegal to shout gang slogans.