Malaysian rider in coma after bike skids along KJE: Jacket reportedly got caught in wheel 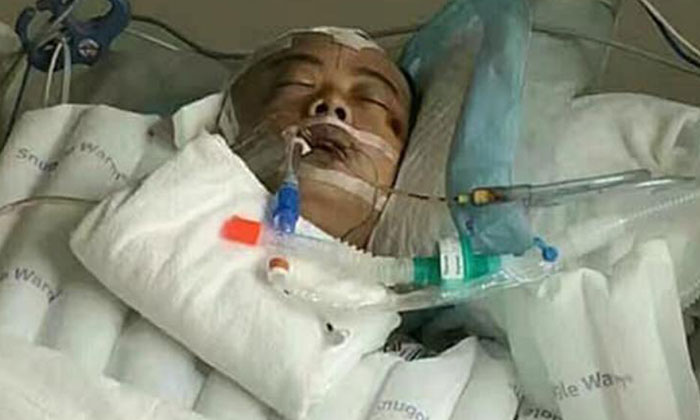 A Malaysian biker is in a coma after getting flung from his motorcycle along while riding along the Kranji Expressway (KJE) towards the Pan Island Expressway (PIE) on Thursday (Feb 8), at 7.05am.

The family of 32-year-old Wei Ke Lun is currently looking for witnesses to the accident.

Mr Wei comes from the Kedah state in Malaysia and has lived in Johor for many years with his wife and two sons, aged one and seven.

Each day, he would travel to Singapore on his bike for work.

According to footage provided, Mr Wei’s bike had suddenly overturned, and he was thrown onto the road.

A driver at the back was forced to jam on his brakes to avoid hitting Mr Wei.

After the accident, Mr Wei, in a comatose state, was conveyed to Khoo Teck Puat Hospital for treatment, where he was admitted into the intensive care unit (ICU).

Mr Wei’s younger brother, Mr Wei Fu Quan, told reporters that at the time of the incident, his brother’s colleague and coincidentally passed by the scene and informed his wife.

Mr Wei Fu Quan revealed that doctors had told him that there was a blood clot in his brother’s brain and several fractures on his left limbs.

Although the clot has been removed, there is an accumulation of liquid in his chest cavity.

The doctor advised Mr Wei’s family to be mentally prepared as he is in critical condition.

According to Lianhe Wanbao, Mr Wei’s jacket had been caught in his motorcycle wheel, causing the vehicle to overturn, but his family members remain sceptical about this theory.

Mr Wei Fu Quan said that he had seen the footage of the accident online, but it was blurry.

He said that he saw a car from the back go ‘very close’ to his brother after it overturned.

He also added that if his brother’s jacket had been caught in the wheel, he could have been thrown forward, but in the footage, he was seen lying behind the motorcycle.

As such, he hopes that witnesses to the accident can step forth to reveal the truth about what happened on the day.

In response to media queries, a police spokesman said that the police were alerted to an accident involving a motorcycle, and a 32-year-old man was conveyed to Khoo Teck Puat Hospital after.