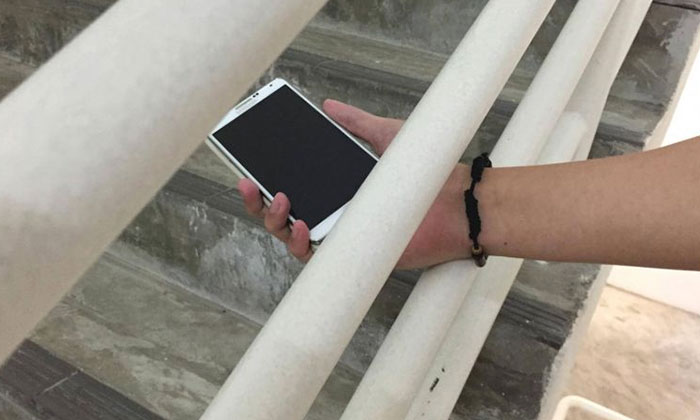 An unemployed man who used his phones to film upskirt videos told the court that he would "feel a very strong sexual urge” whenever he saw good-looking women in short skirts or dresses.

Malaysian national Tang Chun Hong, 31, was sentenced on Thursday (April 26) to 24 weeks’ jail for 12 charges of insulting the modesty of women.

The court heard that Tang would follow his victims to escalators or staircases, where he would then take the videos.

In the span of about one year, Tang took about 85 videos, all of different women, reports The Straits Times.

His victims cannot be named due to a gag order.

Deputy Public Prosecutor Rimplejit Kaur told the court that Tang had taken the videos between mid-2015 and October 2016.

After taking the upskirt videos, Tang would then go home and lock himself in the toilet where he masturbated to the videos.

On Oct 18, 2016, Tang saw a woman in a red dress at Clarke Quay MRT Station and trailed her to an escalator.

He stood behind her on the escalator and slipped his phone under her dress, filming a video of her inner thighs.

The 31-year-old woman turned around and saw him with his phone pressed against his stomach, but before she could say anything, Tang told her:

“I did not do anything.”

Nevertheless, she stopped Tang and alerted MRT staff at the passenger service counter, who in turn, called the police.

During the investigation, two mobile phones, a laptop, and a laptop charger were seized.

Eighty-five videos were found on one of his phones and its memory card.

Tang had stored the videos as hidden files to avoid detection.

In mitigation, Tang’s lawyer said his client’s low self-esteem and intimacy issues led him to engage in such unhealthy sexual practices, citing:

“This is his first brush with the law. He voluntarily gave up all images captured in his phone.”

DPP Kaur, however, said that the act hardly alleviated his actions, replying that “little weight should be afforded to this because he was caught red-handed”.