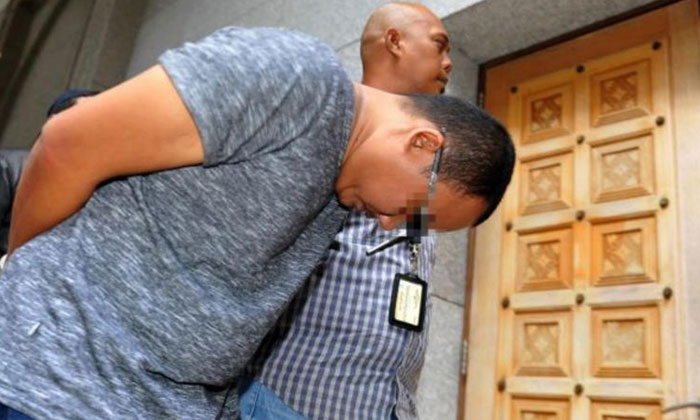 A 36-year-old Malaysian father of three has been jailed 48 years and given 24 strokes of the cane for sexually abusing and sodomising his daughter over 600 times.

Judge Yong Zarida Sazali delivered the sentence on Friday (Sept 8) after the accused pleaded guilty to 623 charges of sexually abusing and sodomising his eldest daughter, 15, reports The Star.

Investigations revealed that he had first sodomised the girl when they were performing the umrah, a pilgrimage in Mecca on April 3, 2015.

After that, he proceeded to sodomise her almost every day at fixed intervals - from 6am to 7am, between 1pm and 2pm and from 11pm to 12.30am in their rented home at Petaling Jaya.

It is reported by The Straits Times that the man had divorced his wife and has three daughters.

She also sentenced the accused to a total of 20 years’ jail for sodomising the victim.

The sentences will run consecutively from July 26, on which the accused was arrested.

The accused covered his head as he was brought to the courtroom, and appeared calm after the sentences were read to him.

In mitigation, the accused who was unrepresented said he was remorseful over his actions, and that he could not control himself.

His younger brother and other family members were also present.

Local media reports that the accused had custody of the victim after divorcing his wife, while the victim’s two younger sisters stayed with their mother.

She reportedly told her mother about the abuse after she discovered that her father was intending to seek custody of her two sisters, as she did not want them to suffer the same fate as her.

The victim’s mother lodged a police report in July and the accused was arrested subsequently.

The accused then pleaded guilty on Aug 25 after being charged on Aug 9 and Aug 10.