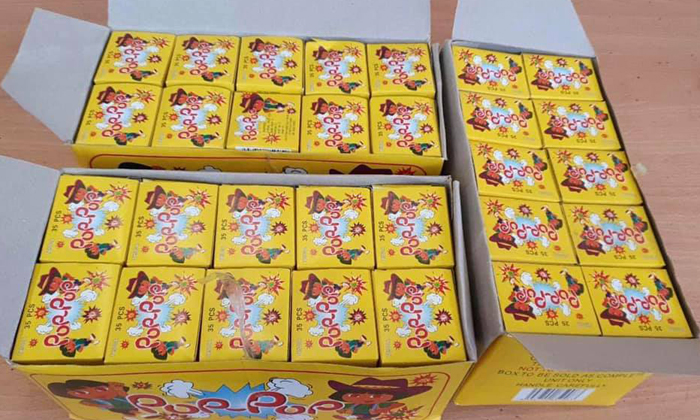 A driver arrived at Tuas Checkpoint with 150 boxes of 'Pop Pop' firecrackers on the passenger seat of his Malaysia-registered car on July 12.

Unfortunately for the 40-year-old Malaysian man, the Immigration & Checkpoints Authority (ICA) has a 'flare' for detecting prohibited items.

The firecrackers were subsequently seized by Singapore Police Force, said the ICA in yet another punny Facebook post on Tuesday (July 16).

Investigations into the case are ongoing.

The ICA added: "The importation or possession of 'Pop Pop’ is not allowed under the Dangerous Fireworks Act. Travellers are reminded not to bring in such prohibited items."

It also said it would continue to conduct security checks to prevent attempts to smuggle in undesirable persons, drugs, weapons, explosives and other contrabands.

Judging by its Facebook posts, the ICA not only has a 'flare' for preventing smuggling attempts but for creative puns as well.

Related Stories
Driver who allegedly tried to smuggle cigarettes finds out it's useless to 'con-seal' crime from ICA officers
Ruff day for puppy found hidden in bag under car seat at Woodlands Checkpoint
Man thought he could get past Tuas Checkpoint with 4 kittens stuffed in his pants, but it's impawsible
More About:
ICA
smuggling