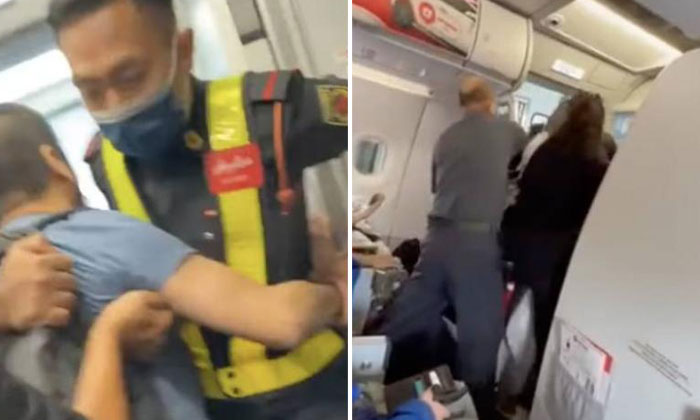 A Malaysian woman took to Facebook to detail how her family and her were kicked off an AirAsia flight recently.

In her post on Nov 23, Susan Yong said her family were meant to fly from Kuala Lumpur to Chiang Mai on Nov 19, but were told that their flight was overbooked during check-in.

After some back-and-forth with counter staff, Yong and her family were told they could hop on a later flight to the same destination, and were given boarding passes.

"My husband and I received handwritten boarding passes. No one told us why, they just said they would get our seats sorted," she wrote in Chinese.

When they boarded the plane, a flight attendant informed Yong that she and her husband were on the 'no show' list, but the attendant assured them that they would be taken to their seats.

"Suddenly, a male staff member came towards us. He had a very bad attitude and told us to get off the plane; I was shocked," said Yong.

The man told the couple that they had no tickets and thus had to leave.

Yong's husband tried to reason with the staff by telling him that they were travelling with three seniors, but to no avail.

As they were unwilling to budge, security personnel were called in.

"When security arrived, they wanted us off the plane even before discussing how the issue could be resolved. They didn't want to listen to us or talk about how to deal with the elderly," Yong said.

"About six or seven security personnel appeared and kicked us off the plane as if we were criminals. I was really scared.”

Two videos shared in Yong's post show the family being forcefully removed from the plane by security.

Yong said the airline later offered each traveller US$100 (S$137) credit to their AirAsia account – which she promptly rejected.

"If AirAsia had told us about the flight change earlier, we would've been able to make the necessary arrangements."

Related Stories
Unruly passengers escorted off Scoot flight after refusing to fasten their seatbelts for landing
'Kiasu' premium economy passengers rush for luggage while SIA plane is still taxiing
'Who said you could have a child?': Korean man curses woman over crying baby onboard flight
More About:
AirAsia
Malaysia
flight
bad service