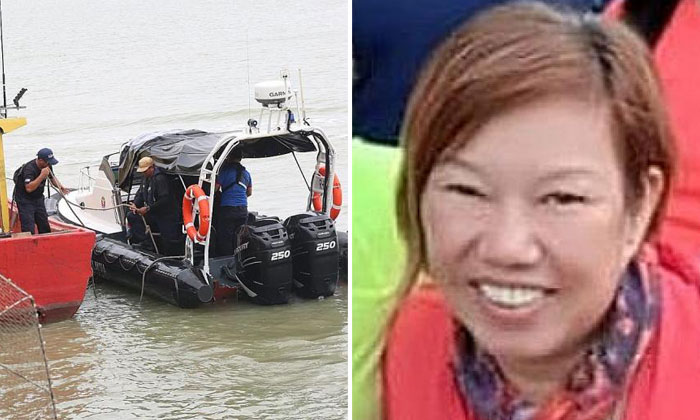 The search for two missing Singaporean kayakers continued yesterday as more resources were deployed to cover the search area that has been almost doubled.

They were part of a group of 15 people from Singapore who were kayaking around the Endau islands when they were believed to have drifted away.

The new search area is about four times the size of Singapore.

A spokesman for the Malaysian Maritime Enforcement Agency (MMEA) told The New Paper that five helicopters are now involved in the search, up from one on Sunday.

Two more ships, including one from the Royal Malaysian Navy, have also joined the previous four vessels involved.

The number of people has also risen from 50 to 104, with fishermen and locals from the islands also helping in the search.

Mr Tan, a retired lawyer who is reported to be the oldest in the group, and Madam Puah, a businesswoman, were believed to have gone missing as the group made their way to Mertang island from Teluk Kesang amid strong winds and choppy waters.

Members of the group tried searching for them but had to give up when it got too dark. A police report was made the next day and a search and rescue team was sent out around 3.30pm that day.

Madam Puah's husband, Mr Peng Mun Kit, told Chinese newspaper Shin Min Daily News that his wife and Mr Tan did not know each other but were paired together on the kayak during the trip.

Mr Peng, 56, told The Straits Times that they have a daughter who works in Australia and a younger son. Both are in their mid-20s. The son took part in the National Day Parade on Friday and found out what happened when he returned home.

Earlier media reports said Mr Tan and Madam Puah are proficient kayakers, with certificates showing they are competent enough to kayak in the open sea.

Madam Puah's niece Jen Pan, who spoke to The Straits Times in Mersing, Johor, was confident that her aunt is still alive as she is "not your typical auntie".

Referring to the British adventurer and survivalist, Ms Pan, 35, added: "She's like a female version of Bear Grylls."

The group, except for four close friends of Madam Puah, have returned to Singapore.

The friends, who have known Madam Puah for more than 30 years, are keeping vigil with her family in Mersing for any news of the missing pair.

The five-day trip had been organised by Mr Goh Khee Wei, also the guide for the group.

Some members of the group said they did not know Mr Goh personally but had heard that he had organised many similar kayaking trips before.

At press time, there were no further updates on the missing kayakers.

MMEA zone commander of Mersing Haris Fadzillah Abdullah said earlier that searches typically last no more than seven days but can be extended if the need arises. He could not confirm whether manpower and resources would be raised today.

On Saturday, the Ministry of Foreign Affairs said the Singapore Consulate-General in Johor Baru was in close contact with the Malaysian authorities.

A team from the Consulate-General is also on the ground to provide assistance and close support.