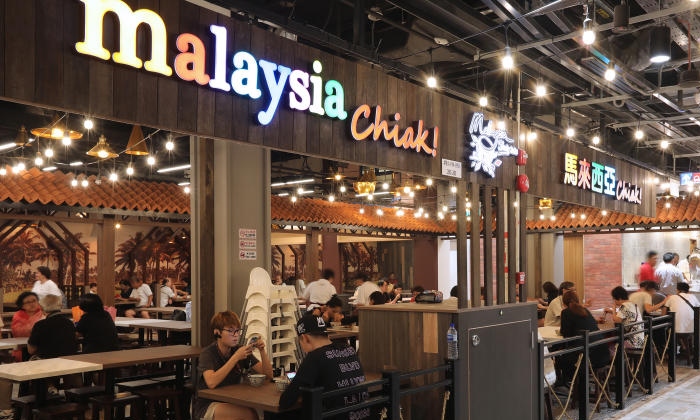 Northpoint City's Malaysia Chiak! is currently closed to serve a two-week suspension due to infestation.

The foodcourt in Yishun has been suspended by the Singapore Food Agency (SFA) from Wednesday to Oct 4.

A total fine of $800 was also imposed for the two counts of failing to keep the premises free from infestation in the last 12 months. Six demerit points were also given for each count. SFA did not specify the type of infestation.

In response to queries from The Straits Times, a spokesman for Malaysia Chiak! said that after receiving notification of suspension on Sept 1, plans were put in place to use the temporary closure to refurbish and improve the outlet’s layout to facilitate cleaning and upkeeping.

Northpoint City said it is aware that the business operations of Malaysia Chiak! have been temporarily suspended by SFA. It added that it has reached out to the outlet to extend operational support.

“We have reminded all our F&B tenants to maintain strict levels of hygiene at all times,” it said.

Malaysia Chiak! is also sending all its food handlers for retraining on food safety and hygiene to prevent similar incidents from happening.

Since April, it has also doubled the number of inspections with its pest control vendor and will be working with the vendor to implement an effective solution to prevent the recurrence of infestations.

According to SFA, Malaysia Chiak! at Northpoint City has accumulated 12 demerit points over 12 months, leading to the suspension.

A licensee who accumulates 12 or more demerit points within a 12-month period may be subject to a licence suspension for a period of either two or four weeks, or the licence may be cancelled.