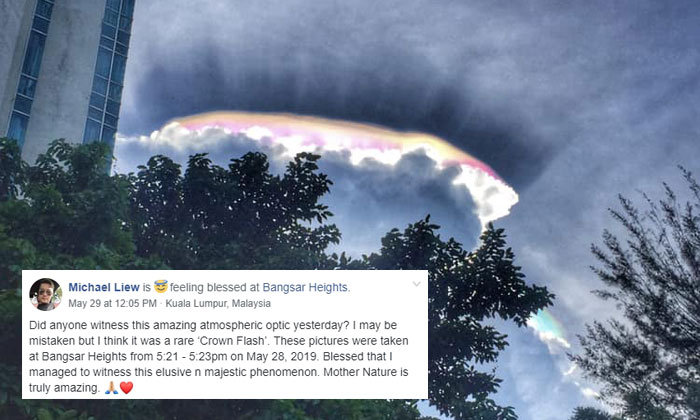 Residents in Bangsar, an affluent residential suburb in Kuala Lumpur, Malaysia, were blown away by an unusual phenomenon in the sky on Tuesday evening (May 28).

Several Facebook users shared photos and videos of the clouds with aurora-like lights shining out from behind them in The Republic of Bangsar #TROB's Facebook group page.

One member, Michael Liew, shared his own stunning photos of the event and suggested that a rare weather phenomenon known as a crown flash could have caused the event. 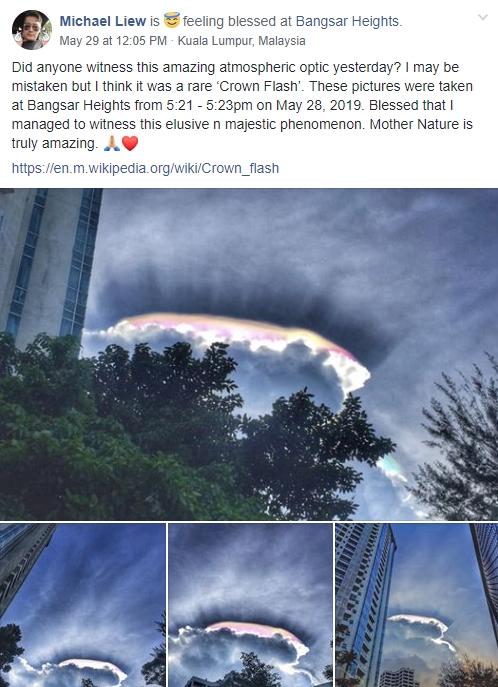 A crown flash is caused by sunlight reflecting or refracting off small ice crystals in the clouds.

"Blessed that I managed to witness this elusive and majestic phenomenon," he wrote. "Mother Nature is truly amazing."

Several other users shared their own photos in the comments and expressed how awestruck they were by its beauty. 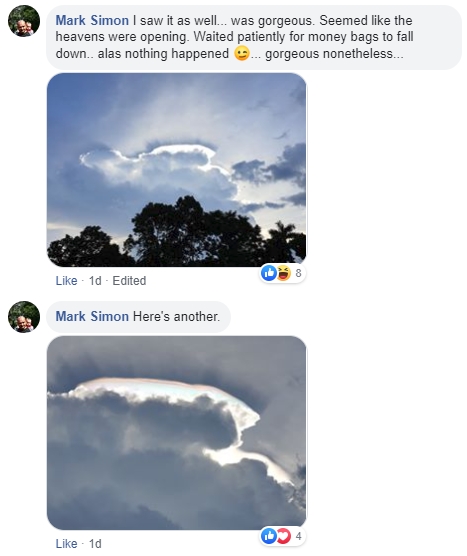 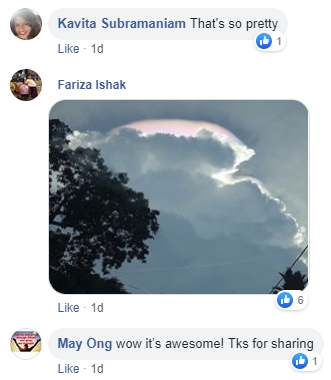 User Barney Boo wrote: "What's the point spend so much money and fly so far just to see Northern lights. Now we can see here!"

Related Stories
Did you notice the sky 'split' into 2 shades of blue over some areas in Singapore? Here's what it is
Beautiful rainbow leaves Ghim Moh resident in awe
Beautiful 'rainbow cloud' spotted over the north-west of Singapore
More About:
Malaysia
sky
cloud
unusual
beautiful
amazing