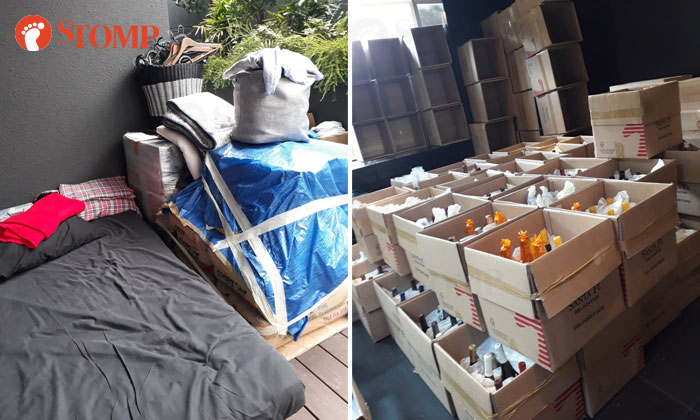 The Ministry of Manpower (MOM) removed two maids from their employer's household at Sian Tian Avenue in Bukit Timah after Stomp alerted them to how they were being treated.

One of the maids, M, reached out to Stomp via WhatsApp on Tuesday (Aug 14) and said that she and another maid had been sleeping on the same bed outside their employer's home, in the backyard, since July 31.

The 40-year-old said that her employer did not let them sleep inside the home because their rooms "was not ready".

"Actually, if we just moved some boxes there would be enough room for us to sleep," she said.

The family had just recently moved into the Sian Tian Avenue home and in the process, M told Stomp that she was tasked to pack over 3,000 bottles of wine by herself after completing her daily duties one day. 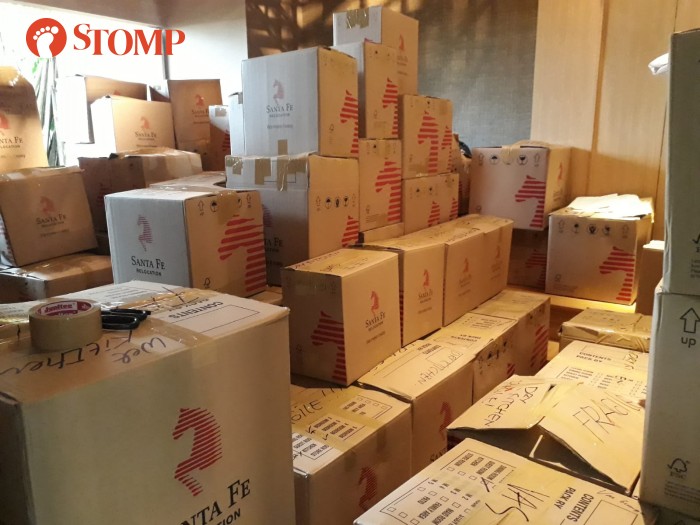 On their Sundays off, M said that they were only let go at 1 to 2.30pm and needed to be back at the house by 8pm.

M, who had started working with this employer in June, said they were given a food allowance of $20 per week.

"We cannot buy too much otherwise she will complain and scold if we go over budget by 20 or 50 cents," M said.

"In the end, we buy Maggi mee and cans of tuna and pasta."

M complained that she has been experiencing body pains lately and has been taking "a lot" of Panadol.

"I think it's because of the work and eating too much instant noodles," she said.

She shared a photo of a mark on her friend's arm from when she fell down the stairs and hit her upper arm on the metal railing. 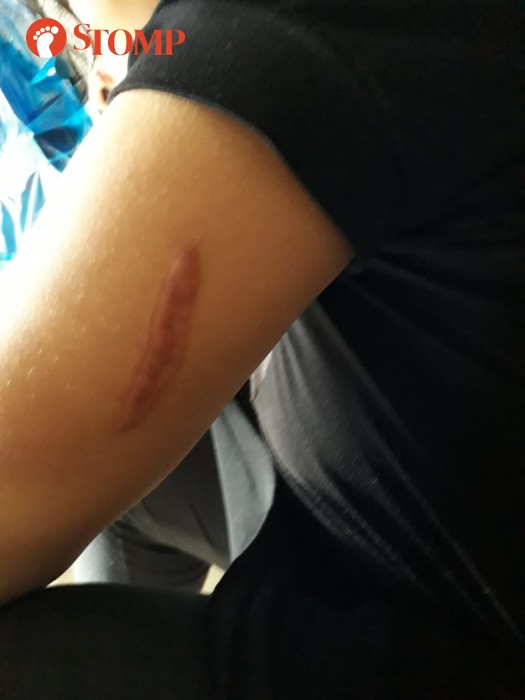 "My employer didn't want to send her to the doctor and said that it will get better by itself," she said.

She added that she and the other maid are often scolded by her employer.

"She calls our parents stupid and call us f**king idiots."

M told Stomp that she wants to work and needs the money to support her two sons, aged 11 and 18, and her mother back in Indonesia.

"We just want our employer to be nice to us," she said.

Stomp alerted MOM to the maids' case on Tuesday and understands that a team went down to the household the following day.

A MOM spokesman provided the following statement to Stomp:

"The Ministry of Manpower (“MOM”) was alerted to this case, and immediately carried out an inspection at the household to verify the claims made by the foreign domestic worker (FDW).

"MOM has also removed the two FDWs from the household.

"FDWs who have issues with their employment should first raise the matter to their employer.

"Members of the public who have information on FDW infringements can also report to MOM.

"All information received will be kept strictly confidential."

Related Stories
Maid falls 4 storeys from Bishan block, says she does not remember what happened
Sexily-dressed maids seen behaving intimately with uncles at kopitiam, allegedly get tips
Maid who hit elderly stroke patient gets sent away, employer 'pretended not to know about video'
More About:
maids
mom