Maid who stabbed employer over 90 times lied about having nightmares from being raped, says DPP 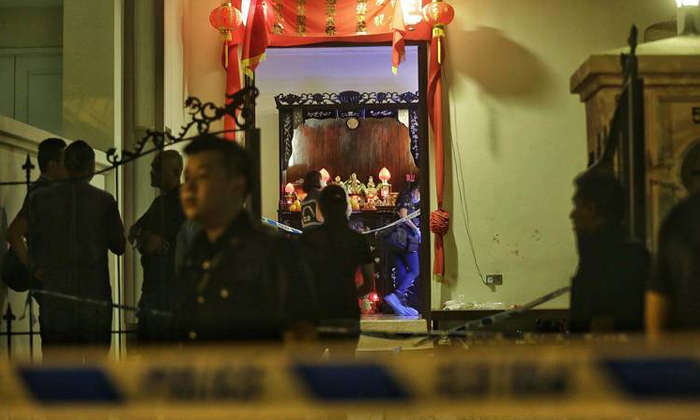 An Indonesian domestic worker who stabbed her employer more than 90 times was accused by a prosecutor on Wednesday (Oct 7) of having lied to a psychiatrist to get a favourable diagnosis.

Daryati told defence psychiatrist Tommy Tan last year that she was still having nightmares as a result of being repeatedly raped by her older brother when she was a teenager.

But Deputy Public Prosecutor Wong Kok Weng said this was the first time since her arrest in 2016 that she mentioned the nightmares even though she has been seen by other psychiatrists while she was in custody.

Daryati, whose documented age is 28 but claims that she is two years younger, is on trial for murdering Madam Seow Kim Choo, 59, at her Telok Kurau house on June 7, 2016.

She initially faced the mandatory death penalty for murder.

In April, she admitted to a lesser murder charge, which carries life imprisonment or the death sentence, with prosecutors saying they were not pressing for capital punishment.

Last month, she withdrew her guilty plea in the hope of getting a lower sentence by calling Dr Tan to testify that she was suffering from a mental condition that diminished her responsibility for her actions.

On Wednesday, the prosecution sought to show that Daryati was not truthful in her account to Dr Tan, who saw her over three sessions in September and October last year.

DPP Wong noted that although Daryati told Institute of Mental Health psychiatrist Jaydip Sarkar about the sexual abuse, she did not mention that she was having nightmares when he saw her over three sessions in June and July 2016.

Speaking through an interpreter, Daryati said this was because Dr Sarkar did not ask any further questions about her feelings after being raped; Dr Tan, on the other hand, asked whether she was having dreams after the incidents.

But the DPP pointed out that Daryati had told Dr Sarkar that she felt angry and frustrated about the abuse.

"I see no reason why you could not have told him that you were also having nightmares," he said.

Daryati replied: "It's not easy for me to open up to him because he's not close to me."

The DPP also produced medical records to show that she did not tell prison doctors that she was having nightmares until after she saw Dr Tan.

Prior to her visit to Dr Tan, her only complaint was that she felt worried about the case and her family, said the DPP.

However, Dr Tan said in his report that Daryati told him she had reported the nightmares to prison doctors.

Daryati replied that she could not remember when she told the prison doctors about the nightmares.

When the DPP put it to her that she did not have any nightmares while she was in prison, she disagreed, saying that she merely told no one about them.

Related Stories
Maid who stabbed employer more than 90 times says she had been repeatedly raped by her older brother
'Homesick' maid who slit employer's neck, slashed and stabbed her 98 times her faces death penalty
Man whose wife was allegedly killed by maid: She slashed my neck, I was in shock
Woman allegedly killed by her maid was 'an easygoing person and kind boss'
Woman found dead in Telok Kurau semi-D: 23-year-old Indonesian maid allegedly stabbed her to death
More About:
court
stabbing
maid
murder
dead
death