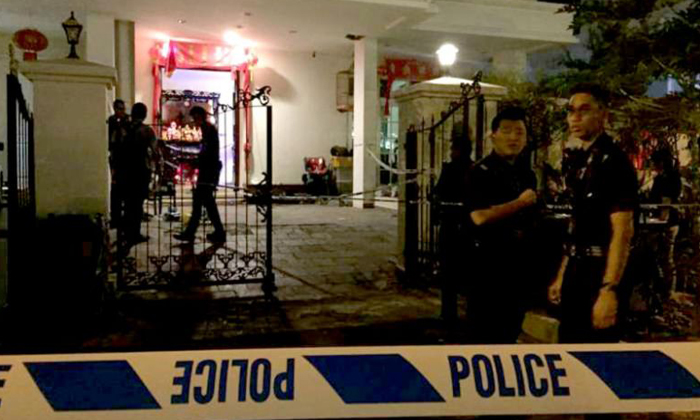 An Indonesian domestic worker who stabbed her employer more than 90 times told the High Court on Tuesday (Oct 6) that she had been repeatedly raped by her older brother in her teenage years.

Daryati testified that she used to cope with the abuse by punching the wall in her bedroom to vent her feelings.

She continues to be affected by the incidents and is receiving psychiatric treatment in prison, she said.

The Indonesian, who said she was two years younger than her official age of 28, was taking the stand for the first time as her murder trial resumed.

Daryati initially faced the mandatory death penalty for murder, under Section 300(a) of the Penal Code, for repeatedly slashing and stabbing Madam Seow Kim Choo, 59, at her Telok Kurau house on June 7, 2016.

In April this year, after 17 days of trial, prosecutors reduced the charge to murder under Section 300(c), which carries life imprisonment or the death sentence, but said they were not pressing for capital punishment.

Daryati admitted to the reduced charge and was convicted on the evidence produced during the trial.

But in a twist last month, the conviction was quashed after Daryati withdrew her guilty plea in the hope of getting a lower sentence by relying on psychiatric evidence.

She testified on Tuesday that she wanted to return home less than two months after starting work in April, 2016 because she was worried about her family, who could not be contacted.

Daryati said that she felt "very angry" with Madam Seow for not allowing her to go home.

However, she maintained that she had no intention to kill her employer and had merely planned to use a knife to frighten Madam Seow into handing over her passport.

"If I had the intention to kill her, why would I inflict so many wounds on her? I would just stab her once or twice in the heart area instead of stabbing her so many times," she said through an interpreter.

Daryati also revealed that she has had romantic relationships with two women.

Her last girlfriend was a woman she met at a maid training centre in Indonesia, who left to work in Hong Kong shortly before Daryati came to work for Madam Seow's family.

Daryati said she was working overseas not by choice, but because her parents had asked her to do so to support the family.

She said Madam Seow and her husband, Mr Ong Thiam Soon, then 57, treated her well and gave her sufficient food and rest.

However, she did not have a mobile phone to contact her family and her lover Indah or any TV or radio for entertainment, did not have any day off, and was only allowed to leave the house to walk the dogs.

Weeks after she started work, Daryati spoke to her mother on the phone for about 10 minutes but did not get to speak to her lover.

Daryati said she called her family on two other occasions but could not get through.

After each call, she asked Madam Seow to let her go home but was turned down.

She acknowledged that she had just started work but said she was worried about her family. "Furthermore, it is not my wish to work in Singapore," she added.

Daryati's lawyer, Mr Mohamed Muzammil Mohamed, also asked her to explain an entry in her diary, in which she resolved to carry out her plan quickly.

The May 12 entry read: "I have to be brave even though life is at stake. I am ready to face all risks/consequences, whatever the risk, I must be ready to accept it. My employer's family is my target. DEATH!!!"

Daryati said this meant she was prepared to risk death in carrying out her plan.

Related Stories
Woman found dead in Telok Kurau semi-D: 23-year-old Indonesian maid allegedly stabbed her to death
Woman allegedly killed by her maid was 'an easygoing person and kind boss'
Man whose wife was allegedly killed by maid: She slashed my neck, I was in shock
'Homesick' maid who slit employer's neck, slashed and stabbed her 98 times her faces death penalty
More About:
stabbing
maid
court
murder
dead
death