Maid threw toddler on sofa for 'messing up the house', caused her to hit her head on armrest 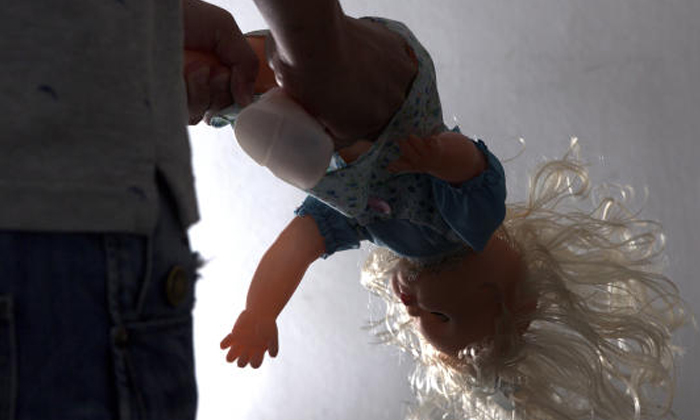 A maid who threw a toddler, causing her to hit her head on a wooden armrest, was jailed for eight months on Friday (May 14).

The 36-year-old Indonesian, who cannot be named due to a gag order protecting the identity of the victim, pleaded guilty to one charge of ill-treating the child.

Another charge of using criminal force on the girl was taken into consideration during sentencing.

The family who employed the maid in December 2019 tasked her with taking care of the two children and handling household chores.

On Sept 4 last year, at about noon, the maid grabbed the two-year-old victim by the armpits and threw her forcefully onto the sofa.

The toddler's head hit the armrest, which was made of wood and covered with padding.

A video of the incident, captured by a security camera in the home, was played in court on Friday.

The video showed the child's head hitting the armrest with a dull thud, which was loud enough that it was picked up by the camera several metres away.

The child could be heard crying immediately after impact.

The maid admitted that she was upset with the toddler for messing up the house.

She had told the victim not to make a mess, but the child could not respond as she had not learnt to talk yet.

The victim's mother called the police after watching the home camera's feed through her phone.

Together with her husband, she later confronted the maid who denied throwing the toddler.

Instead, the accused claimed that as she carried the victim to the sofa, the child slipped through her hands.

This was established to be a lie.

The child vomited while being taken to hospital that afternoon but was discharged after being found to have no significant injuries.

He said she had used the victim to vent her frustration, even as the victim was only a child who could not even speak at the time.

The maid, who was unrepresented, told the court she was sorry and wished to return to Indonesia as soon as possible.

For ill-treating the child, the maid could have been jailed for up to eight years, or fined up to $8,000, or both.

Related Stories
Maid who elbowed baby's face and stepped on his knee gets 9 months' jail
Man accused of killing 4-year-old stepdaughter after she urinated outside toilet bowl
Maid who dipped baby's hand in hot water had wanted to work elsewhere, gets jail
More About:
child
abuse
child abuse
maid