Maid stole $30k worth of luxury bags and jewellery from employer, sold them to friends and pawn shop 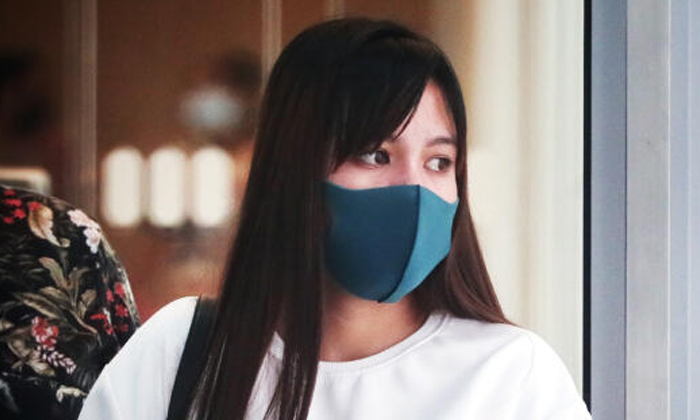 A maid stole $30,000 worth of luxury bags and jewellery from her employer as she needed money for her son's medical expenses.

But after she was caught and later released on court bail, Meneses Princess Joy Domingo, 28, stole again from another woman at a hostel.

On Monday (Feb 14), she was jailed for a year and two weeks after pleading guilty to one count each of theft as a servant and theft in dwelling.

A third theft charge was taken into consideration during sentencing.

Domingo began working for her employer here in May last year, and was tasked with taking care of the woman's young daughter and doing household chores.

She was paid $750 a month and was given enough sleep, rest and food.

In her first month of employment, she asked for more money and the employer paid her an additional $100 on top of her salary.

In July and August last year, Domingo again asked for more money, and the employer paid her an extra $200 and $300.

The employer had kept an assortment of luxury jewellery and handbags in an unlocked wardrobe.

In June last year, the employer noticed that two of her Tiffany & Co rings were missing.

She presumed that she had misplaced them within the unit and did not think much about it.

But in August last year, she discovered that several of her Chanel handbags were also missing. She then lodged a police report.

Domingo later admitted to stealing some $30,000 worth of items from the employer, including five Chanel handbags, two Tiffany & Co rings and an Hermes bracelet.

She had stolen them over at least three occasions between May and August last year when the employer was not home.

After stealing them, Domingo would leave the unit and sell them to friends, contacts and a pawn shop at Lucky Plaza.

She received more than $10,000 from the sale of the loot and remitted some of the money back to the Philippines.

Some of it was also used to repay loans she owed her friends here.

In October last year, while out on court bail, Domingo was sharing a hostel room with a woman in South Bridge Road.

The woman had left her wallet unattended and Domingo then stole $450 in cash from her.

When the victim called the police, Domingo initially denied stealing the money, but subsequently admitted to doing so.

She had spent the money on personal expenses and remitted about $100 of it to the Philippines.

The court was told Domingo did not make restitution to either of the victims.

She said it was an aggravating factor that Domingo had reoffended while on bail and had made no restitution.

For the amalgamated charge of theft as a servant, she could have been jailed for up to 14 years and fined.