Maid nearly blinded by employer who repeatedly assaulted her, forced to work without pay for 2 years 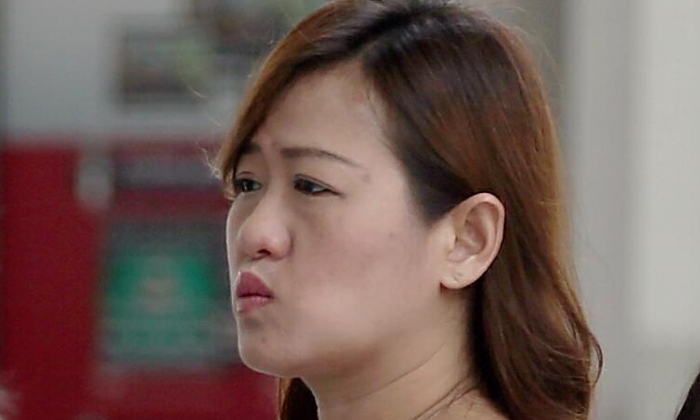 A woman who punched her maid in the face whenever she became angry, leaving her almost blind, was jailed for a year and eight months on Wednesday (Aug 29).

Singaporean Suzanna Bong Sim Swan, 46, also forced Myanmar national Than Than Soe to sleep on the floor, refused to pay her and did not give her any days off while employing her for more than 18 months, a court heard.

The maid became blind in her left eye due to injuries, including retinal detachment. She also suffered severe injuries to the right eye, the court heard.

Bong was also ordered to pay more than $38,000 in compensation - including the maid's medical expenses and prospective loss of earnings.

The court heard that after being employed by Bong in May 2013, the maid - who was 27 at the time - was not given any days off.

Deputy Public Prosecutors Tang Shangjun and Chong Kee En said in their submissions: "In addition to the physical abuse that she suffered, the victim was also exploited, as she was forced to work without pay... The victim testified that she had never been paid a salary throughout the two years that she was working for the accused. It was only after MOM (Ministry of Manpower) intervened that the victim was paid her salary in full."

During the trial, Ms Than Than Soe testified that Bong started finding fault in her work after the first four months she worked in a Yishun flat belonging to the Singaporean's parents. At first, Bong just scolded the maid but this slowly escalated into physical abuse.

The prosecutors said: "The accused would... generally inflict physical abuse on the victim about 'two to three times a week', with such attacks being concentrated on the victim's face. Such attacks often comprised the victim being punched in her eyes."

The abuse became worse after Ms Than Than Soe moved into Bong's Sengkang flat in early 2015, the court heard.

The maid said she would not be given dinner about three times a week, and occasionally lunch too. She was not given a mattress and had to sleep on her sarong on the floor.

The court heard that Bong would punch her maid in the eyes every time she became angry - as frequently as three times a week.

The DPPs said that as a result of these attacks, Ms Than Than Soe, who used have perfect eyesight, began to experience blurred vision around January 2014. The maid told the court that Bong also refused to take her for medical checks, despite the maid's complaints about her poor eyesight.

The court heard that Bong became upset on May 17, 2015, after she came home and smelt the medicated oil that Ms Than Than Soe had used to ease her headache, as the family dog did not like the smell.

Ms Than Than Soe told the police about her ordeal the next day and officers took her to hospital. Two days later, she was taken to a shelter for victims of violence.