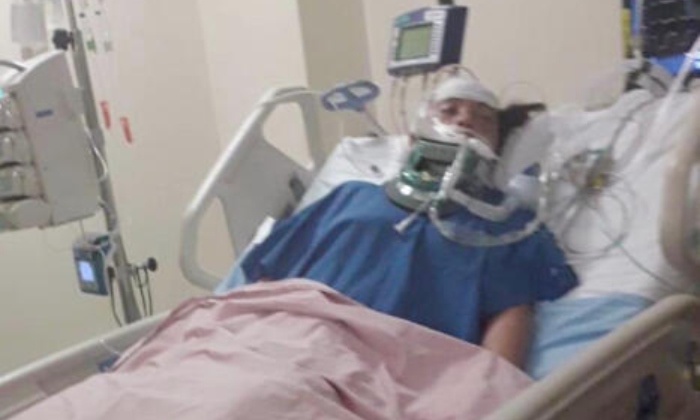 A Sunday outing on Pulau Ubin landed a Filipino domestic worker in intensive care for 10 days, during which she underwent two operations on her swelling brain.

Ms Calapini Marilou Garcia, 50, had gone cycling on the island with two friends on Sept 27.

After the friends reached the bottom of a slope, there was no sign of Ms Marilou.

After waiting for a while, they backtracked and were shocked to see Ms Marilou lying on the ground in a daze next to her rented bicycle.

The three friends did not wear bike helmets.

Two passers-by who stopped to help called the police.

One of the friends, Ms Clarissa Rigdao, told The New Paper: "She was still conscious. There were no bruises or bleeding, but she kept saying that she was feeling giddy as she was lying on my lap."

While they were waiting for the police to arrive, Ms Clarissa knew something was seriously wrong when Ms Marilou started vomiting.

Her employer, Madam Jeanette Mok, told TNP that Ms Marilou was conscious when she was taken to Changi General Hospital, but her condition deteriorated quickly.

The doctors had to perform two procedures - the first to insert a pressure monitor into her brain and the second to remove a part of her skull to ease the increasing pressure on her swelling brain.

Madam Mok, a 37-year-old couples counsellor, said: "The surgeon told us that based on the areas of the brain that were injured, she could lose her ability to speak, her motor functions and her memory."

Earlier this week, however, Ms Marilou showed signs of recovery as she was able to move her eyes and squeeze her fingers.

On Monday, Madam Mok arranged a video call between Ms Marilou and her family in Ilocos Norte, Philippines.

Ms Marilou was able to wave to them and even recognised her elder child, a teenage boy.

On Wednesday, she was moved to a high dependency ward after 10 days in the intensive care unit.

Ms Marilou, who also has a daughter, has been working in Singapore for almost 20 years. She started working for Ms Mok in January this year.

Throughout Ms Marilou's ordeal, Madam Mok and her husband, Mr Brian Mak, 37, have been waiting anxiously for good news.

She recalled how they were extremely worried when Ms Marilou failed to return home on the day of the accident.

Ms Marilou, who was always home by 9pm on her days off, also did not returned her calls and messages.

They learnt of her accident only after they went to the police to report her missing on Monday morning.

Madam Mok said: "She is not someone who would be out partying. I thought that maybe she had been kidnapped or even killed."

Describing Ms Marilou as responsible, conscientious and caring, Madam Mok added: "She takes care of us very seriously. She is also affectionate towards our pet dog and spoils him regularly.

"This ordeal has been difficult because she is a good person and we cannot believe something like this has happened to her."

Ms Clarissa, who has known Ms Marilou for about five years, said she is cheerful, bubbly and like an older sister to her.

When asked why they did not wear helmets, Ms Clarissa said: "There were no helmets for those who rented bicycles, and the bicycles looked old and of low quality."

Mr Steven Lim, vice-president (safety and education) of the Singapore Cycling Federation, said: "The helmet is a mandatory requirement for anyone cycling on Singapore roads.

"Rules aside, it is about taking precautionary measures against serious injuries. A helmet will protect the cyclist should he encounter a fall and run the risk of a serious head injury."

Mr Lim said cyclists should bring their own helmets when renting bicycles as rental of helmets may not be feasible for hygiene reasons.

The couple have gone on fund-raising platform Give.asia to raise money, as the total bill is estimated to exceed $200,000. As of yesterday, about $46,000 has been collected.