A domestic helper was caught behaving intimately with a man at a void deck instead of paying attention to her elderly charge.

The incident occurred at Block 468 Jurong West Street 41 on Wednesday (Nov 10), at around 3.30pm, and lasted for around two hours.

According to Lianhe Wanbao, a passer-by spotted the maid kissing and hugging her male companion while seated on his lap.

The maid's wheelchair-bound employer, who looked to be between 70 and 80 years old, had been left aside and could only watch on helplessly.

The passer-by's wife, Ms Guo, told Wanbao: "My husband said the elderly person seemed very helpless. He kept looking at my husband and moving his eyes from left to right. I'm not sure if he was unable to talk and trying to ask for help.

"Meanwhile, the maid and the man were engrossed in themselves." 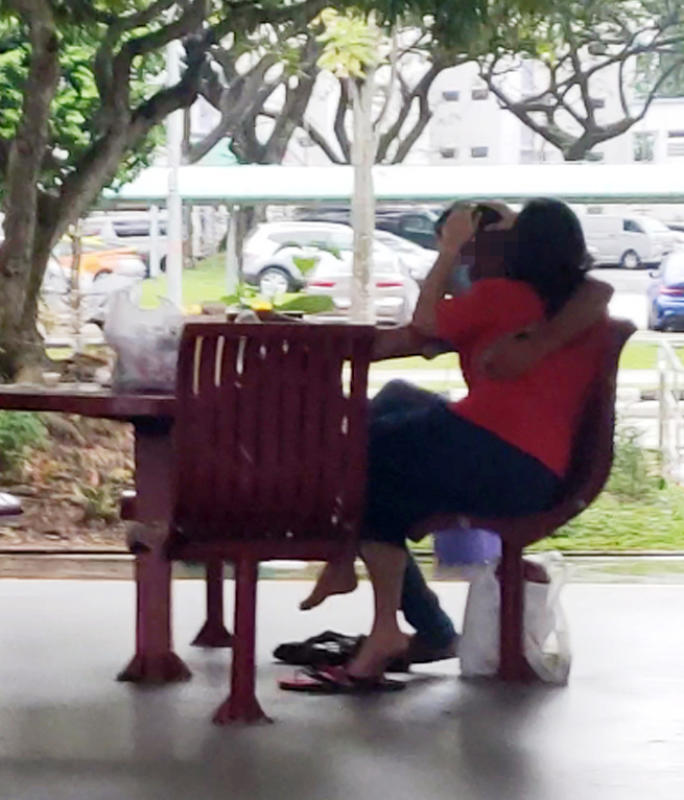 The maid was later seen sitting on another chair while her beau had put his mask back on. However, they continued behaving intimately despite residents – both young and old – walking by.

Photos of the incident were also submitted to the SGfollowsAll page on Instagram, which described the pair's act as "hanky panky".

Ms Guo added: "The elderly person looked weak and I'm not sure if he has been vaccinated. The maid really shouldn't have brought him out and left him aside."

Upon being noticed that she was being watched, the maid pushed her employer away and left the scene with the man.