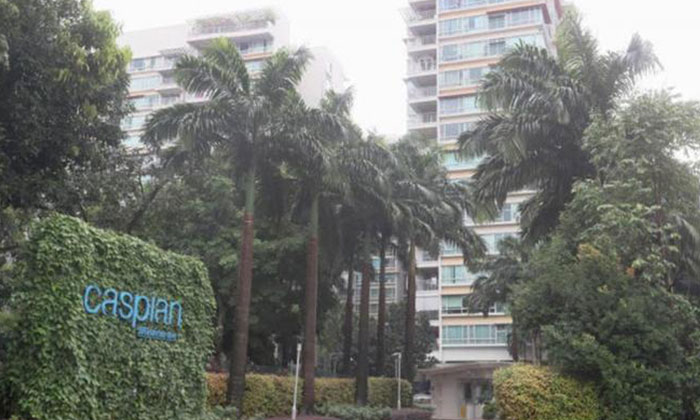 Unable to put up with a child’s incessant crying, a domestic helper bit the boy on his face and earlobes, leaving bite marks and bruises.

Mya Pwint Phyu, 24, a Myanmar national,  was sentenced to 10 weeks’ jail on Tuesday (May 22) after pleading guilty to biting the six-month-old boy on the right side of his face and his right earlobe at the family’s second-floor apartment in Lakeside Drive at 9am on Dec 28, 2017.

She claimed that biting the boy was an "act of love".

The court heard that Mya Pwint Phyu, was doing chores at home and the child’s parents were out working, leaving the baby home alone with the maid.

Other than the house chores, Mya Pwint Phyu was also responsible for looking after the baby.

According to Lianhe Wanbao, Mya Pwint Phyu was cleaning the toilet in the apartment’s master bedroom when the baby suddenly started crying.

The maid attempted to soothe the baby but to no avail.

In an attempt to stop him from crying, she bit the baby on his face, before gnawing at his right earlobe.

This only made the baby cry harder.

Not long after, the baby’s grandfather came over to visit and discovered bite marks and bruises on the child.

Mya Pwint Phyu admitted that she had bitten the baby.

The baby’s 37-year-old father photos of his son’s injuries, and brought the baby to National University Hospital (NUH) for a medical examination later that day.

Bruises were found on the baby’s right cheek and shoulder, and brown marks on his left cheek, right eye, and left elbow reports The Straits Times.

The baby’s father called the police two days later to report the case.

“I would like to go back home as soon as possible.”

For ill-treating a child by doing an act likely to cause him unnecessary injury, Mya Pwint Phyu could have been jailed up to four years or fined up to $4,000, or both.