Maid 'entertained' men in front of employer's daughter, who found her camera of sordid photos 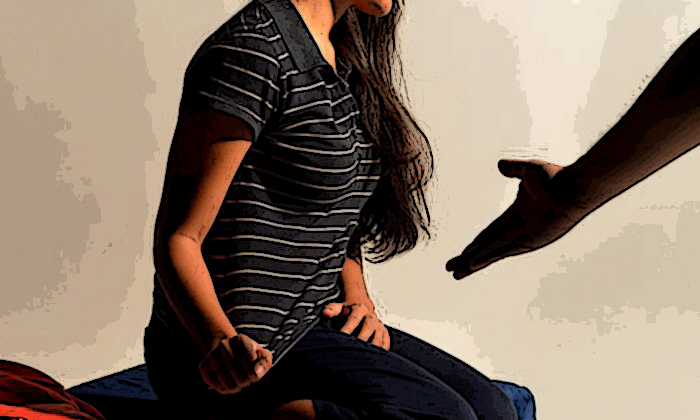 Laurel* thought that her domestic helper, Veronica*, was a decent, trustworthy woman. But then the 38-year-old sales manager came across a digital camera full of sordid photos that proved otherwise.

"When I hired Veronica* in 2014, I thought I was lucky. During her first couple of years, Veronica didn't disappoint me even once.

In addition to cooking, cleaning and doing the grocery shopping, she also looked after my two-year-old during the day - and she carried out all these duties well and with pride.

Unlike a few of my friends' helpers, Veronica was also a good woman, in the sense that she didn't have sexual relationships with random guys and never stayed out late on her day off.

Then, one day, something happened to completely change my opinion of her."

"I rarely entered Veronica's room because I respected her privacy, but one day last year, I needed to measure one of the walls so that we could get a new closet installed. She was out shopping for groceries, so I went into the room with my tape measure.

I'd barely walked through the door when I saw a red lace bra and a black see-through camisole sticking out of a small cupboard. At first I thought that Veronica had accidentally placed my lingerie there, but then I realised that I didn't own any red bras.

"Curious, I opened the cupboard, and out fell a whole stash of sexy bras, camisoles, stockings and crotch-less panties. Peeking inside, I spotted a couple of vibrators and another sex-related toy that I'd never seen before. I was shocked beyond belief.

"I didn't ask Veronica about what I'd found. I could not, for the life of me, figure out why she needed lingerie and sex toys, but it was her life and she was entitled to her privacy. Nevertheless, the issue continued to bug me for the rest of the week."

Unwanted visitors - and a camera

"Even when one of my neighbours mentioned that she had seen a couple of men enter and leave my apartment a few weeks before, I still didn't associate it with Veronica or connect it in any way with the lingerie I'd found in the cupboard - that's how much I trusted my helper.

But then a couple of weeks later, my daughter brought me a camera that told me everything I needed to know.

"I was watching TV when my two-year-old, Brianna*, came to me holding a rather worn digital camera. Veronica was out since it was her day off.

When I asked my daughter where she got the camera from, she pointed to Veronica's room. I told her to put it back, reminding her that she couldn't just take what was not hers.

"And then I heard my daughter mumble 'Aunty Veronica' before shoving the camera in my face. Brianna must have turned the camera on by accident because when I looked at the screen, I saw a photo of my helper wearing lingerie - the same lingerie from the cupboard.

Who were these men? My skin suddenly felt cold and I couldn't think straight.

I glanced down at my daughter - where was she when these pictures were taken? If only she could talk!"

"My shock and concern turned to anger as I thought about Brianna witnessing some of the horrible scenes on the camera. My husband was overseas for work at the time so I called him and told him what I'd found.

Without hesitation, he told me to fire Veronica and file a complaint with the maid agency. I agreed that the helper had to go - but not without some kind of explanation first.

"When Veronica returned that evening, I questioned her about entertaining men in the house. At first, she denied having any boyfriends and ever bringing her friends home, but then when I showed her the camera, she started crying.

She apologised and begged me not to fire her. She admitted that she had a couple of boyfriends that she allowed over once in a while during the day.

She swore that every time these guys visited, Brianna was always napping, and that the men would always leave before my daughter woke up.

"There was just no way I could forgive Veronica. As angry and upset as I was, I didn't lose my temper.

Instead, I calmly explained how irresponsible she had been and how she'd put my daughter, not to mention herself, in danger.

I asked her how she could be so stupid as to trust these men and actually allow them into my home. As I talked, Veronica said nothing but I could tell that she was remorseful.

"A part of me wanted to know what Veronica was doing with these men, in my home and on my bed. I wanted very much to ask her if these men had paid her to sleep with them, but I couldn't bring myself to utter those words or to face the disgusting truth.

"I had nothing left to say to my helper of two years. I simply told her to pack all her things and to get ready to leave, because I couldn't bear having her in my house a minute longer.

She nodded as she continued crying and got packing. I never heard from her again after the agency sent her back to her home country.

"If I do hire a live-in helper again, I'm going to install hidden cameras in every part of my apartment so that I can monitor what happens there when I'm not around.

I've always valued and respected others' privacy and truly hate the idea of hidden cameras in my own home, but what happened with Veronica has taught me that there may be no other choice."

Related Stories
'I exposed my adulterous sister right before her wedding'
'I'm terrified of the consequences of hiding this dark secret from my hubby'
"I was forced to cover up my boss's affair to protect his wife"
More About:
confession
maid
shocking
obscene