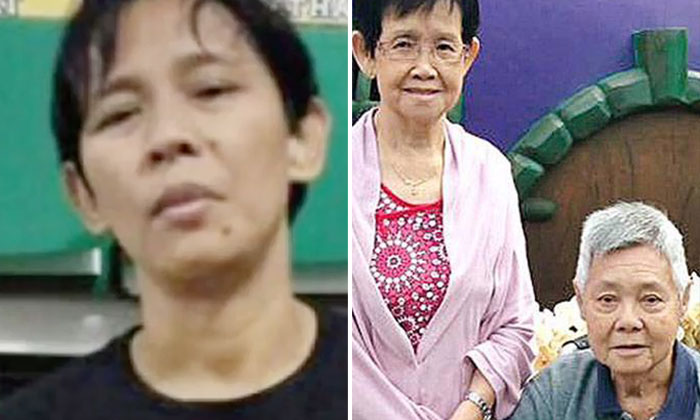 The maid who was suspected to have murdered her employers, an elderly couple, in their Bedok Reservoir Road flat was arrested on Tuesday (Jun 27), at a hotel in Jambi, Eastern Sumatra, in Indonesia.

After the arrest, the 41-year-old suspect, Khasanah, confessed to the Indonesian police that she had killed the 79-year-old man and his 78-year-old wife, reports Lianhe Wanbao via Lianhe Zaobao.

Stomp previously reported on the grisly murder in an earlier article on Jun 22, after Stomper Gene sent in photos of police cordoning off the vicinity at Block 717, Bedok Reservoir Road.

The male deceased was found with bruises all over his body, while the female body showed obvious signs of rope strangulation on her neck.

Both had been bound by ropes.

After killing the couple, Khazanah boarded a ferry to Batam, but was finally caught at a hotel in Jambi after one week on the run.

According to Indonesian media, Tribrata News, a spokesman for the Jambi Police Force has confirmed the capture, and said that Khasanah was arrested at a small hotel in the Tungkal Ilir district of Jambi at around 11pm.

After getting arrested, Khasanah confessed to the crimes under interrogation, admitting that she had murdered her employers back in Singapore.