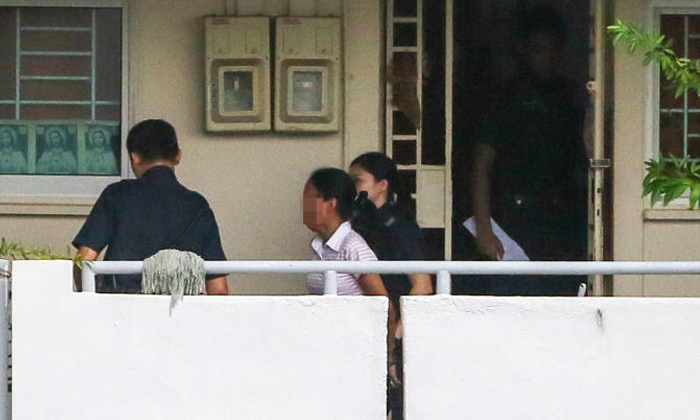 A 34-year-old domestic helper was arrested for criminal intimidation after allegedly threatening her elderly employer with a 15cm knife.

According to Shin Min Daily News, the incident occurred in a 10th-floor unit at Block 418 Ang Mo Kio Avenue 10 on Monday (June 3), at around noon.

When reporters visited the flat, they saw police officers armed with shields at the scene.

A woman, clad in a pink-and-white striped top, was seen in handcuffs when three officers brought her out of the flat. She was then taken away in a police car.

The 70-year-old employer, who declined to be named, said that she often got into arguments with her domestic helper over trivial matters.

She also alleged that her domestic helper had threatened her with a knife on multiple occasions. 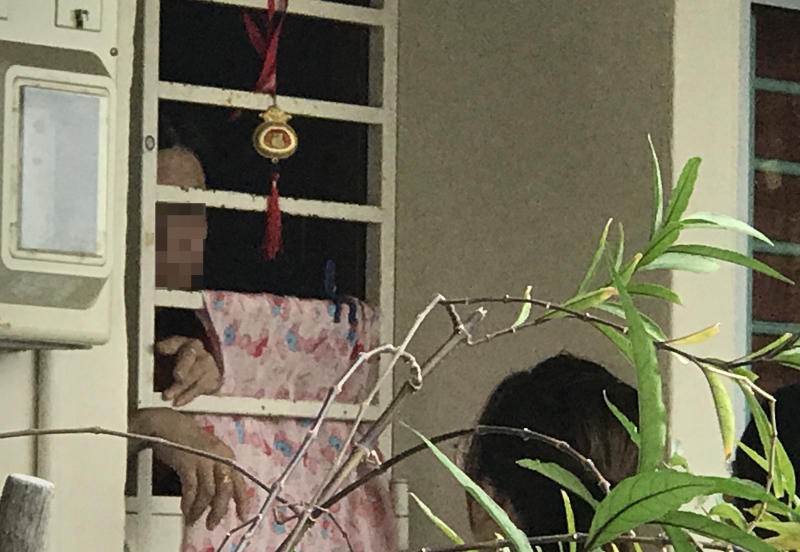 The employer added: "She was even upset that the fish I normally ate was more expensive than hers and requested to eat food of the same price.

"Sometimes she would also get up to mischief. Once, I asked her to prepare a small portion of food but she ended up cooking a whole pot.

"Every time I talk to her, she would shout at me for lying."

The employer, her husband, and the domestic helper, who was hired in January last year, had lived together in the flat.

However, the employer alleged that her helper's temperament changed after her husband passed away on April 9, 2019. She often skived at work and raised her voice when spoken to.

Speaking of the latest dispute, the employer said: "I instructed her to prepare lunch ingredients for the recent fasting month so that I could do the cooking.

"However, she yelled at me and asked to return home."

She alleged that the domestic helper then pointed a 15cm knife at her and said, 'Do you want this?'

"Afterwards, she calmed down and put the knife down. I decided to call the police as I was worried and she was arrested," added the employer.

Related Stories
'Homesick' maid who slit employer's neck, slashed and stabbed her 98 times her faces death penalty
Maid who hit elderly stroke patient gets sent away, employer 'pretended not to know about video'
Maid who claimed she was stressed jailed 7 years for causing toddler's death
More About:
arrest
maid
dispute