Louis Vuitton fan arrested after going on $5,700 shopping spree with credit card that she found 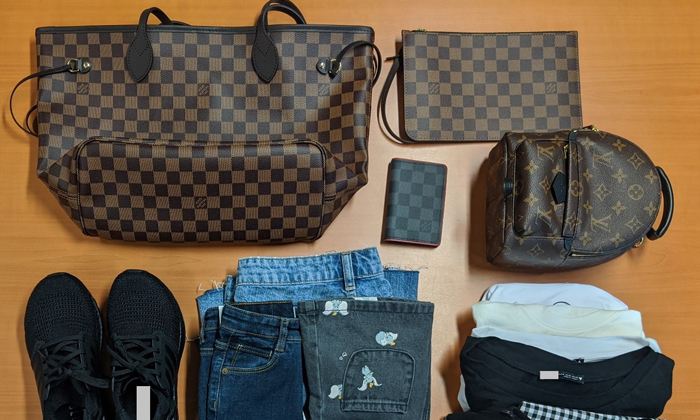 A 32-year-old woman was arrested after allegedly using someone's lost credit card to make over $5,700 worth of retail purchases.

The police said they received a report on Dec 8 from a man who discovered that several unauthorised purchases had been made with his missing credit card.

Through investigations, officers from the Commercial Affairs Department established the identity of the woman and arrested her on Dec 10.

"Preliminary investigations revealed that the woman is believed to have found the victim’s credit card and used it to make unauthorised transactions for retail purchases amounting to more than $5,700," said the police in a statement.

Clothes, handbags and footwear, which are believed to have been purchased using the victim's credit card, as well as several transaction receipts were seized as case exhibits.

The woman will be charged in court on Wednesday (Dec 11).

Anyone who is convicted of cheating shall be punished with a jail term of up to 10 years, and shall be liable to a fine.

Anyone who is convicted of dishonest misappropriation of property shall be punished with a jail term of up to two years and/or a fine.

In their statement, the police also reminded members of the public that "unauthorised use of another person’s credit/debit card is a serious offence".

Credit and debit card holders are advised to call their card-issuing banks immediately if their cards are lost or stolen, and to adopt the following measures to prevent unauthorised use of their cards:

"They should look out for the various security features on the card face. If they detect anything suspicious, they should contact their processing bank immediately for advice," the police added.