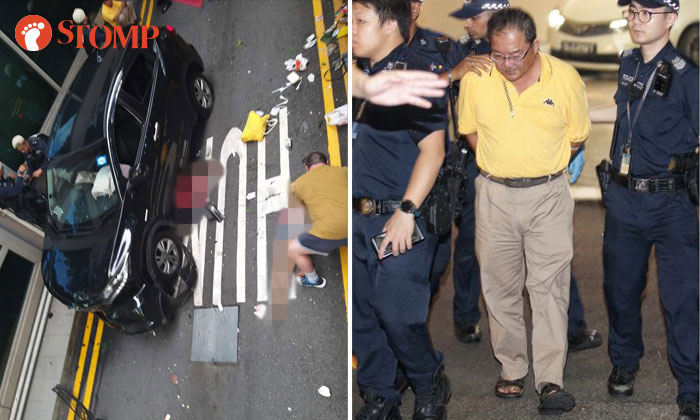 A man involved in the 2019 Lucky Plaza crash that killed two women pleaded guilty to one count of dangerous driving on Friday (Sept 24) and was sentenced to two years and six months' jail.

He has also been disqualified from driving all classes of vehicles for 10 years.

Two dangerous driving charges involving four other women who survived the crash were considered during sentencing.

Shortly before the tragedy, the six Filipino women had gathered along a pedestrian walkway in Nutmeg Road near the Orchard Road shopping mall on their day off at around 4.40pm on Dec 29, 2019.

The Malaysian offender, Chong Kim Hoe, now 66, was then working as a private-hire car driver. The court heard he had a history of beating red light signals.

Deputy Public Prosecutor Samyata Ravindran said that before the crash, the Singapore permanent resident had stopped his car along Nutmeg Road for a smoke break after dropping off a passenger.

He then received a booking to pick up another passenger along Orchard Road.

The DPP said: “In order to get to his next  customer, he made an unauthorised U-turn at the junction of Jalan Kayu Manis. As he was making the U-turn, he realised that the rear of his motorcar had mounted the kerb along Jalan Kayu Manis.

“The accused intended to apply the brakes so that he could reverse the motorcar and ensure that there was adequate space for him to make the U-turn.”

Instead, Chong stepped on the accelerator and mounted the pedestrian pathway along Nutmeg Road.

The car failed to stop even after mounting the kerb. It then proceeded across a grass patch and collided with the six women. 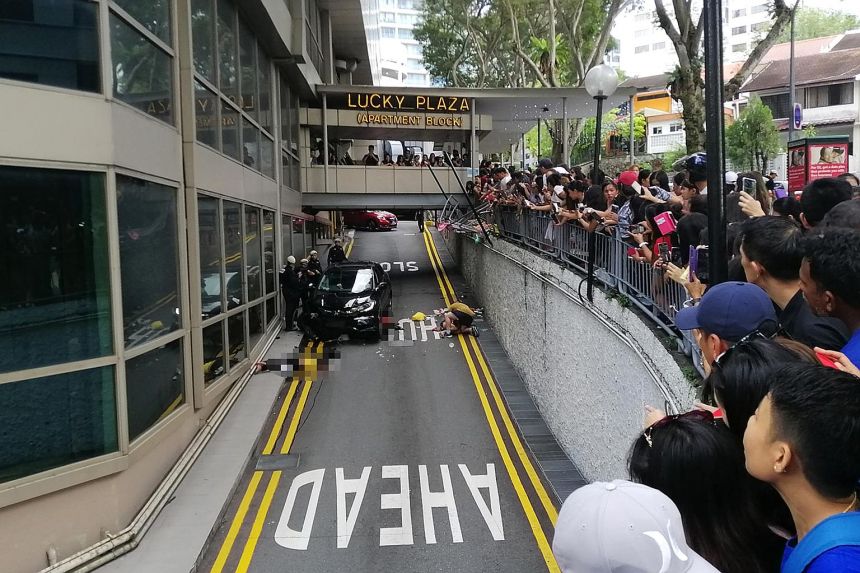 The car crashed through a railing and landed on the carpark exit lane a few metres below. PHOTO: PHV RIDERS AND DRIVERS SINGAPORE/FACEBOOK

Ms Abigail Danao Leste, 41, and Ms Arlyn Picar Nucos, 50, died as a result of the accident.

Ms Demet Limbauan Limbauan, 37, who suffered injuries including multiple wounds, was given 12 days of hospitalisation leave. 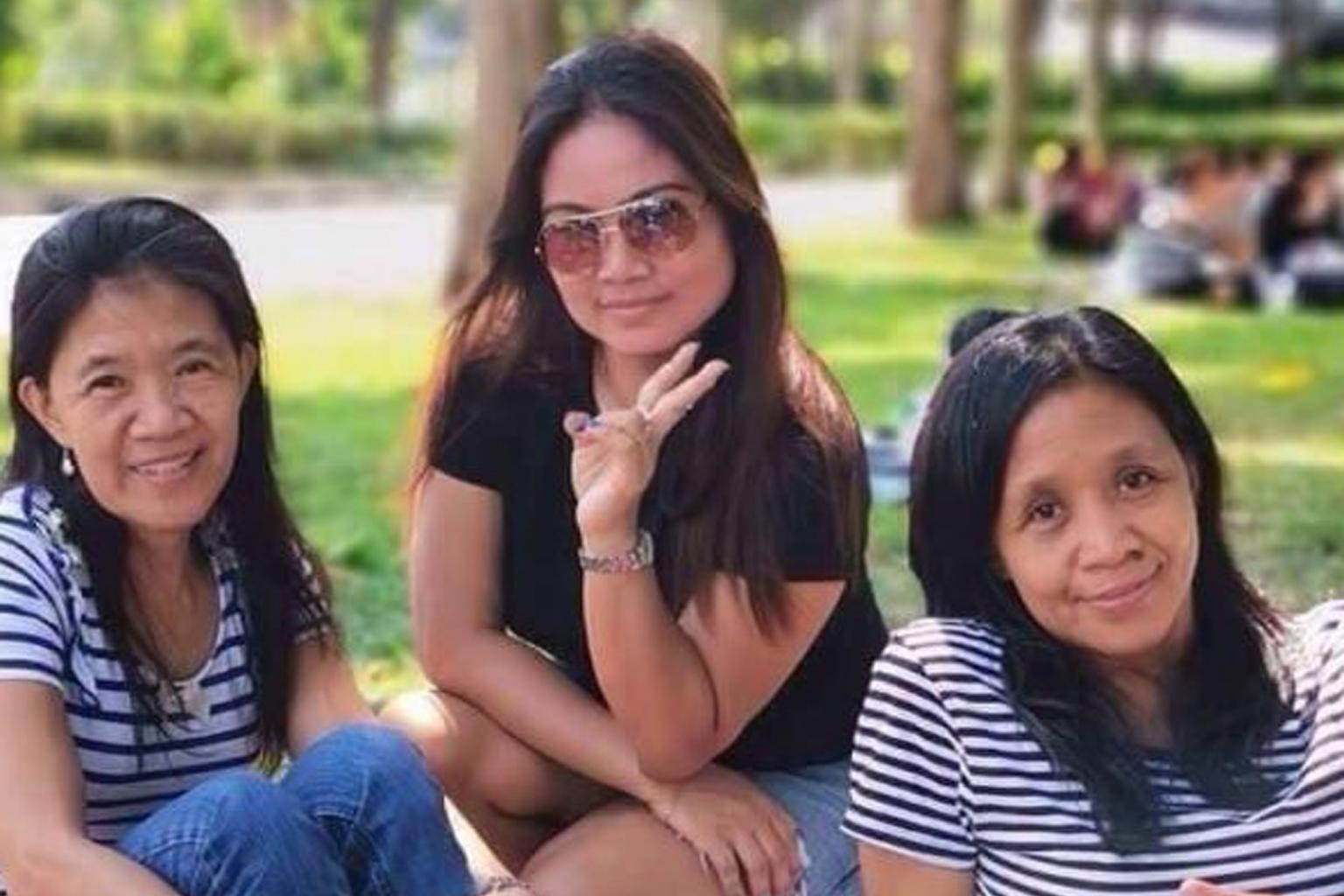 On Friday, the DPP urged the court to sentence Chong to between two and three years’ jail and disqualify him from driving all classes of vehicles for 10 years.

She added: “The sentence imposed must reflect the full extent of the harm caused.”

He said: “We also reiterate that the accused did not flee after the incident. He took responsibility and rendered assistance to the victims as best he could.”

Following the crash, more than $360,000 was raised for the victims in an online fund-raiser that closed on Jan 6 last year.

The money is meant to help the four injured women and the dependants of the two dead women.

An offender convicted of causing a death by dangerous driving can be jailed for up to eight years.