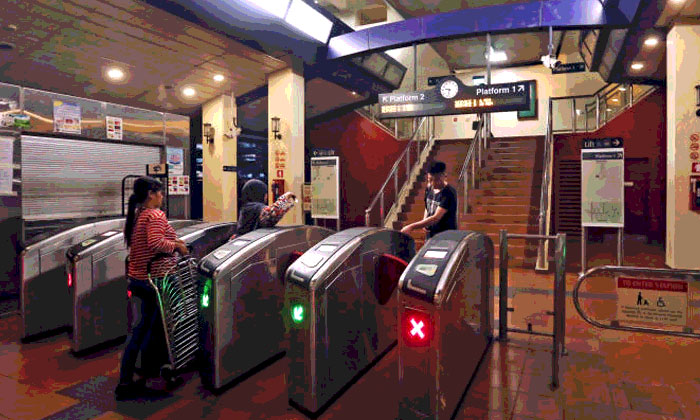 Passengers aboard an LRT train headed towards Bukit Panjang LRT Station faced a delay of about 10 minutes after a train fault took place on Monday (Jan 14).

A Stomper alerted us to the incident that she experienced when she was in the LRT headed from Bangkit LRT Station to Petir LRT Station.

She told Stomp: "I boarded the train at about 6.45am in the morning and was on my way to Bukit Panjang LRT Station.

"Then, there was a very loud noise. It was so loud that some commuters covered their ears.

"The next stop after Bangkit was supposed to be Pending, but the train did not stop there.

"It simply passed the station by."

The Stomper said that the train stopped at Petir LRT Station, two stops after Bangkit, but the doors did not open.

She recounted the incident and said that she was afraid and pressed the emergency stop button.

While doing this, she saw another male passenger press the button to access the intercom.

The train arrived at Bukit Panjang LRT Station where the doors opened and the commuters alighted.

In response to a Stomp query, an SMRT spokesman, Ms Margaret Teo, Vice President for Corporate Communications said on Jan 15: "At about 6.45am on Jan 14, one of our LRT trains encountered a train fault near Bangkit LRT Station.

"Our staff subsequently boarded the faulty train and moved it to Bukit Panjang LRT Station for passengers to disembark, and the train was withdrawn back to the depot for checks.

"Station and train announcements were made to inform passengers of the delay.

"We apologise to all commuters who were affected by the BPLRT incident yesterday morning (Jan 14).”