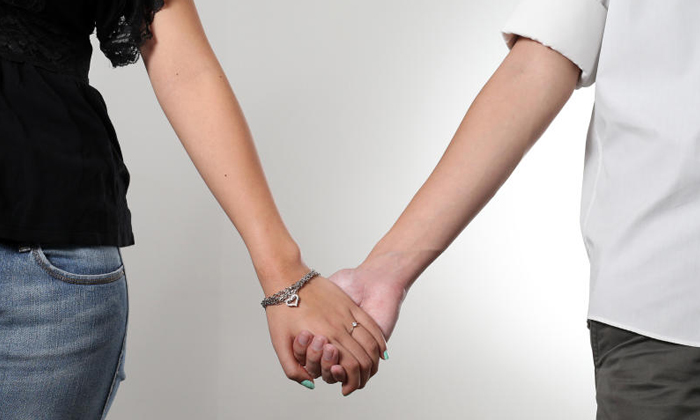 A Gojek driver shared with Stomp her love story that overcame all odds in the spirit of Valentine's Day.

Ms Chua told Stomp the trials and tribulations she endured before finally reuniting with her now-husband, G.

The couple had first met in 2002 at Ping Yi Secondary School when they were both in Secondary 2.

"He was my boyfriend for 18 months before we eventually broke off but still remained close friends," she said.

"Fast forward to 2008, he was about to complete his National Service (NS) and I was married with a child.

"When I got married, I invited G to my wedding dinner and he gave his blessings but we then lost touch with one another."

Ms Chua shared that her first marriage did not go smoothly and she ended up being a single mum shortly after the birth of her daughter.

"I got depressed and locked myself at home for months," she said.

"I was disgraced by the fact that I was a single mum.

"I locked everyone out and stop contacting my friends.

"G found out from close friends that I was in a depressed state and refused to go out.

"He then initiated a dinner with me and started consoling me.

"Slowly, I started to open up and went out with our close friends."

When Ms Chua's daughter turned one year old, G confessed his true feelings to her and said he had been single the whole time as his heart was still with her.

"He promised to treat my daughter as his own and I told him that we'll give it a try.

"For someone who has never been in close contact with a baby, he started learning how to change diapers, how to shower a baby, making milk, feeding, playing and helping a baby fall asleep.

"I was really touched."

The couple married and shortly after, went through the legal process of changing her first-born daughter's surname to G's.

Twelve years on, Ms Chua and G are still happily married with four children, all girls.

Their anniversary will be on Mar 30.

"I'm happy and blessed to have married my best friend," she said.