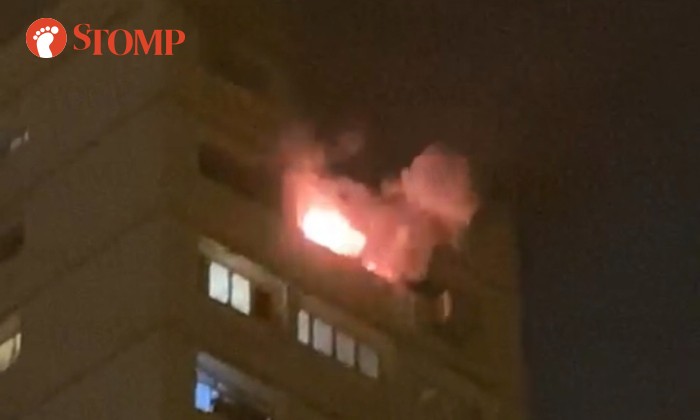 A loud explosion was heard as a fire broke out in a flat at Block 709 Pasir Ris Drive 10 on Tuesday evening (Oct 13).

Stomper Shirlene spotted flames on the 15th floor of the block and shared videos of what happened.

In the video, a loud explosion can be heard as flames and smoke engulf the room.

"I was walking home with my husband after our daily exercise when I noticed the fire," Shirlene said.

"My husband was calling the Singapore Civil Defence Force (SCDF) when suddenly, we heard a loud exploding 'boom'.

"I felt scared for the people inside the flat."

In response to a Stomp query, SCDF said they were alerted to the fire at about 8pm.

"The fire involved the contents of a bedroom in a unit on the 15th floor," said an SCDF spokesman.

"About four people self-evacuated prior to the arrival of SCDF."