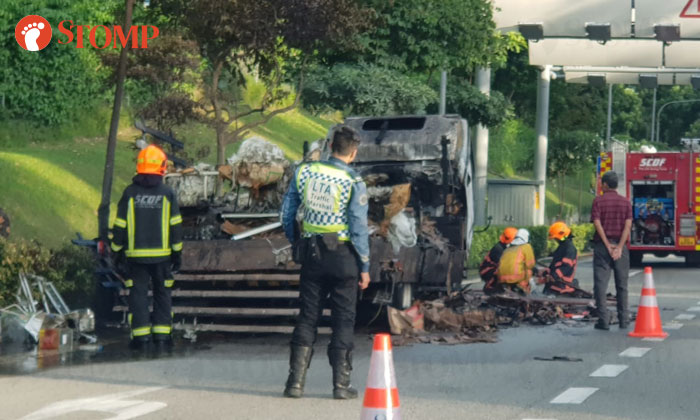 A lorry caught on fire along the Ayer Rajah Expressway (AYE) on Saturday (Nov 24).

Stomper Kelly alerted Stomp to the incident and shared photos of the burnt vehicle.

"It was burning when I was travelling on the expressway in the opposite direction," she told Stomp.

"I took these photos at about 6pm when I came back from the other direction."

In the photos, the lorry and its contents appear to be blackened.

In response to Stomp media queries, the SCDF said it responded to a vehicle fire on the AYE towards the Central Expressway (CTE) before Clementi Avenue 6 at about 4.15pm.

The fire was extinguished using a compressed air foam (CAF) backpack and a water jet.