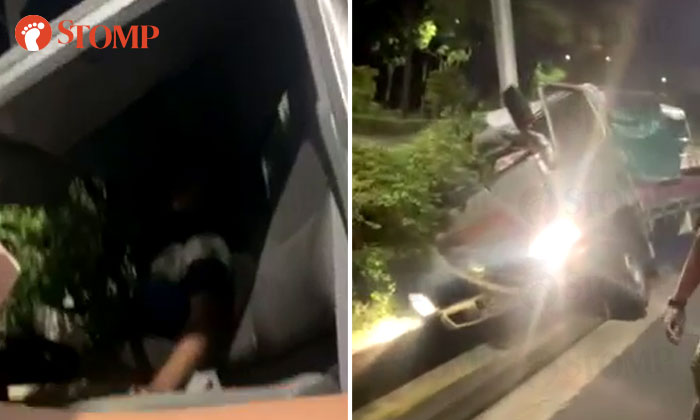 A 26-year-old lorry driver was taken to hospital after he was rescued from the vehicle following an accident along the Jalan Ahmad Ibrahim slip road into the Ayer Rajah Expressway (AYE) towards the Marina Coastal Expressway (MCE) on Monday (Feb 15).

Stomper Syed alerted Stomp to a video of the incident that showed the driver trapped in his seat.

From the video, it appears the lorry veered to the side and crashed into bushes by the side of the road.

The airbags are deployed and the driver is heard groaning for help.

Passersby stop to assist and call the police.

The Singapore Civil Defence Force (SCDF) told Stomp they were alerted to the accident at 10.35pm.

He was conscious when taken to hospital.

In response to a Stomp query, the police said they were alerted to the accident at 10.23pm.