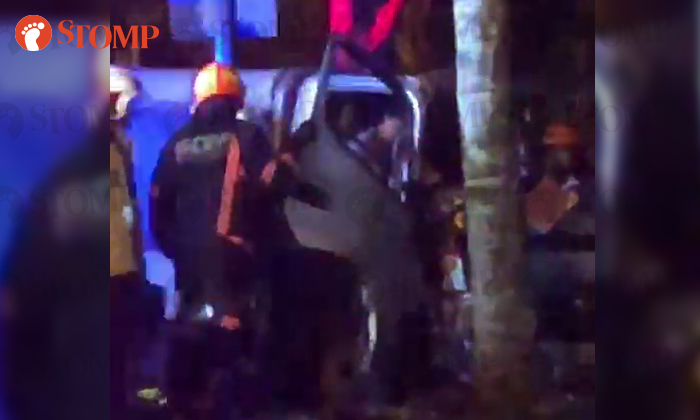 A 41-year-old man was taken to hospital after his lorry collided with a lamppost and a tree along Bukit Batok Road in the wee hours of Thursday (June 20).

In response to a Stomp query, the police said they were alerted to the accident, which occurred towards Jurong Town Hall before Bukit Batok West Avenue 3, at 2.43am.

Stomper Roy, a resident in the vicinity, passed by the scene at around 2.50am.

He told Stomp: "I heard a loud bang from my home on the 19th floor.

"The driver had hit a lamppost and then a tree."

A video submitted by Roy shows Singapore Civil Defence Force (SCDF) officers trying to help the lorry driver out of his vehicle.

The lorry driver was conscious when taken to National University Hospital.