Lorry burnt to a crisp along Airport Boulevard 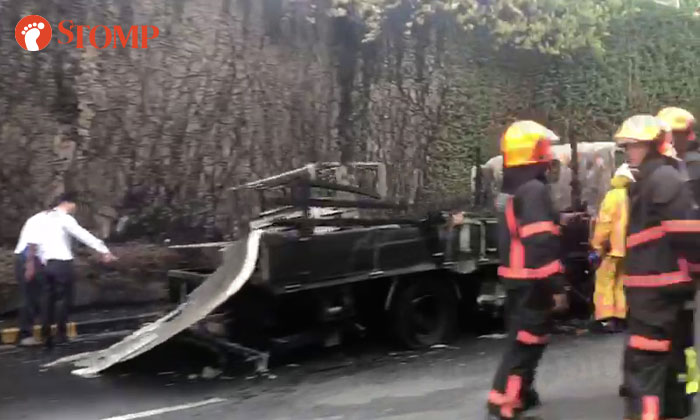 Stomper Pooja alerted Stomp to the incident and shared footage she took as her husband drove past the smouldering vehicle on the way to Changi Airport Terminal 1.

In the video, police, Singapore Civil Defence Force (SCDF) and Airport Emergency Services (AES) personnel were at the scene. The lane the lorry was in was blocked.

In response to a Stomp media query, the SCDF said it was alerted to the lorry on fire at about 12.55pm.

Upon SCDF's arrival, personnel from the AES were already on site trying to extinguish the fire, said a spokesman.

The fire was subsequently put out by SCDF and AES with two water jets.