Long queue outside Uniqlo store for KAWS T-shirts: 'I feel that it's a waste of time', says Stomper 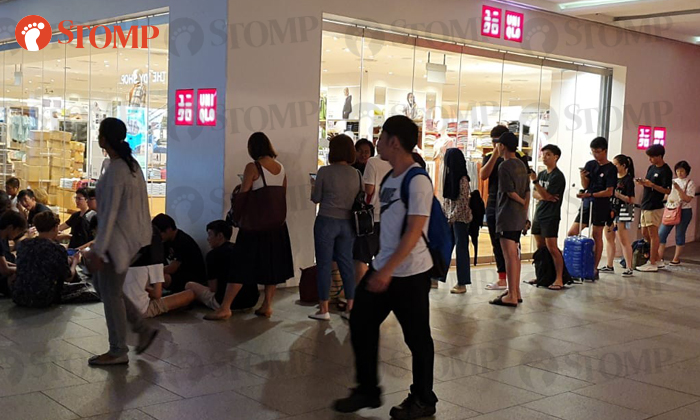 Stomper Susan was intrigued when she noticed a long queue outside the Uniqlo store at Jem shopping mall on Friday morning (Aug 30).

She later realised that fans were queueing to buy KAWS:SUMMER UT shirts, which are now back in stock after being launched to much fanfare earlier in June this year.

The clothing line is a collaboration between American artist KAWS and fashion retailer Uniqlo.

Susan said: "I first saw the queue at 9am.

"People were waiting for the store to open but I didn't know what they wanted to buy.

"I asked people in the queue and they said they were queueing for a shirt."

Photos and videos taken by the Stomper show fans sitting and standing outside Uniqlo before operating hours.

They are later seen being handed shopping baskets by a staff member and entering the store.

Susan added: "When I walked past again at 10.30am, many people were still queueing.

"I feel that this is a waste of time for just a T-shirt."