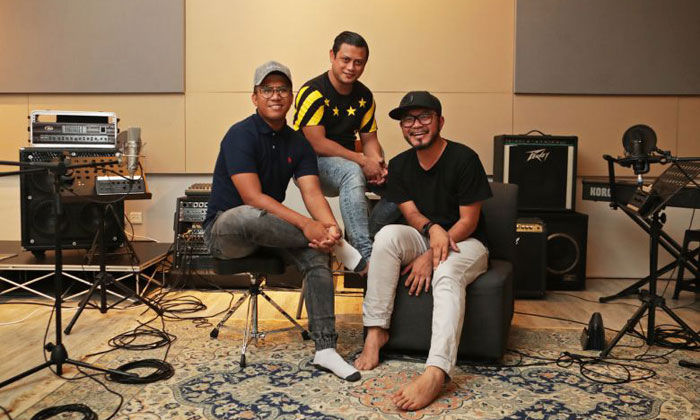 The producers of online local podcast Okletsgo, who sparked an uproar with lewd and sexist content in their show, apologised on Monday afternoon (June 15), just hours after President Halimah Yacob criticised the show in a Facebook post.

The trio - former DJs Dzar Ismail, Dyn Norahim and Raja Razie - had made misogynistic comments over several episodes and in one, openly commented on the “cleavage” of a woman guest in the middle of an interview. They had made sexual remarks about women in other episodes as well.

In an online post, the three former DJs, all in their 30s, said they took the step after some reflection, adding that they were also sorry to have taken “this long to realise the extent of hurt that we have caused”.

President Halimah and others like Mufti Nazirudin Mohd Nasir, Singapore’s highest Islamic authority, had criticised the show and its contents.

In her post, the President said: “Women are not objects to be made fun of, ridiculed and trampled upon, and no one has the right to do that to them. Women have the right to be respected, valued for their contributions in the family and in our society.

“Taking cheap potshots at women to boost ratings or to make some people laugh no matter how offensive, cannot be justified under any label, be it freedom of speech or encouraging conversations.”

The three men said they came “from an industry that has peddled in these norms for a very long time, both on and off screen”. They added that the feedback they received has allowed them to unlearn what has been normalised, and take steps towards positive change.

They said they do not condone misogyny in any way, and apologised for the objectification of women.

The three men had initially defended the show.

In a podcast on Monday, they said their language and contents were “amplified” from what they had heard outside, and described the controversy as a “coordinated attack” on them because of their large audience.

“I’d like to remind all of you that we are not mainstream, (our podcast) is meant to push boundaries, it’s not meant to be taken seriously,” said one of the hosts in the podcast.

President Halimah had objected to the way the show treats women.

She noted that educating a community on respect for women is a lifetime process, and this duty resides with everyone, particularly those who have great influence over people through social media.

“If we continue to perpetuate the image of women being inferior, existing only for the purpose of male sexual gratification, then we have to be held responsible for being one of the perpetrators of violence against women,” she said.

Dr Nazirudin, who posted his thoughts on Instagram on Monday as well, said influence should be used to create positive change, and not to perpetuate sexist attitudes and behaviour.

“Don’t just be a mirror to reflect what we think the society is. Let the misogyny train depart for good so that we can be better,” he added.