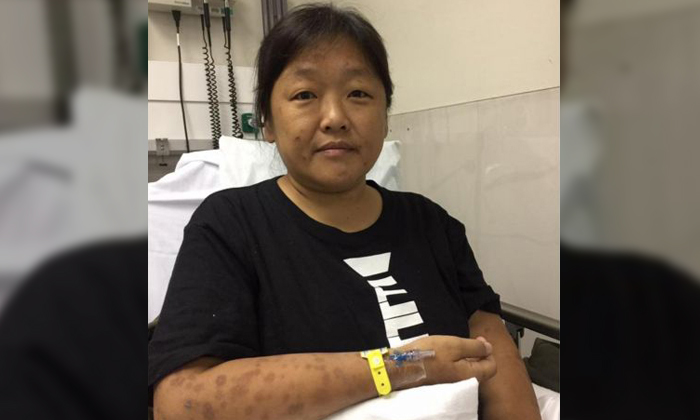 Local musician Tong Yek Suan, who rose to prominence in 1998 after performing a remix version of xinyao classic Xi Shui Chang Liu (Friendship Forever) with singers Joi Chua and Leelian Chua for National Day, died at home on Sunday (March 10) at the age of 48.

Also known as Yu Xuan, she was one of three members of performing band The ETC, which often busked in the heartland.

Tong was hospitalised last Friday after she fainted thrice in the day, once while The ETC was performing, Chinese-language daily Lianhe Wanbao reported. She was discharged last Saturday.

It is unclear what was the cause of death.

He had met the group last Friday, when they performed at a dinner which he attended.

"She was a talented singer and accomplished songwriter," PM Lee said. "When not at her day job as a vocal coach, her passion for music would see her with her group busking in the heartland, often at Hougang Mall."

Tong had a medical condition which prevented her from standing for long periods, and she would sing while sitting in a chair or wheelchair, he added.

Nee Soon GRC MP Louis Ng said in a Facebook post on Sunday about Tong: "Thank you for sharing your love for music with everyone, thank you for all your busking sessions in the heartland and thank you for nurturing the next generation of buskers."

Tong would often busk with students at hawker centres, in addition to her performances with The ETC.

The musician's last radio interview, which was recorded two weeks before her death, will be broadcast on 96.3 Hao FM at 7.10pm on Monday.

Tong's memorial service will be held at Block 105 Aljunied Crescent until Thursday. She will be cremated at Mandai Crematorium on Thursday.

Post your condolences to the family of Tong Yek Suan here or check out these resources: