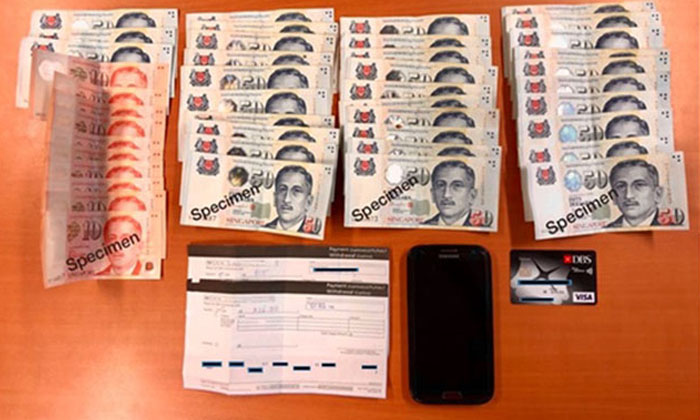 Two men and a woman, aged between 27 and 40, were arrested on Monday (June 10) for their suspected involvement in a series of fraudulent loan applications involving a bank in Singapore.

Another four men and two women, aged between 24 and 64, are currently assisting in investigations for their suspected involvement.

The police said in a statement that they received information in May about several personal loan applications being supplemented with salary slips believed to be forged.

Through extensive enquiries and follow-up investigations, officers from the Commercial Affairs Department identified the trio and arrested them along Lower Delta Road and New Bridge Road on Monday.

Two mobile phones, some bank related documents, several pieces of jewellery and cash amounting to $1,750 were seized as case exhibits.

Preliminary investigations revealed that the 40-year-old man is believed to have facilitated in submitting forged salary slips in more than 10 loan applications amounting to about $190,000 since April.

The man will be charged in court on Wednesday (June 12) with the offence of abetment by conspiracy to cheat.

If convicted, he will face a jail term for up to 10 years and a fine.

Investigations against the other man and woman are still ongoing.

The police added that they take a serious view against anyone who may be involved in forging documents for the purpose of cheating.

Perpetrators will be dealt with accordingly to the law.

Members of the public who wish to apply for personal loans should do so through a licensed company or bank.

To prevent abuse, do not hand your personal documents and information to unauthorised persons claiming to be loan brokers.