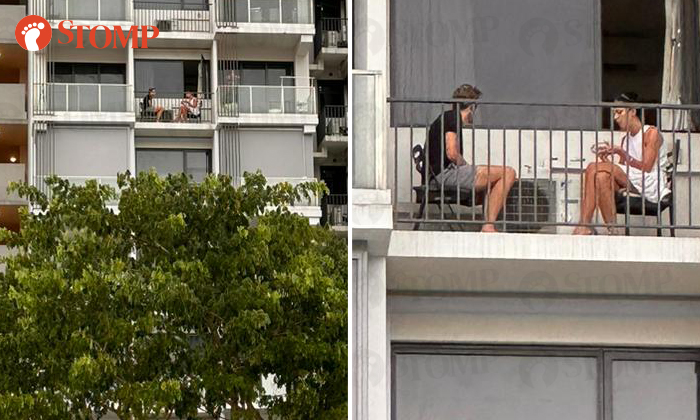 Feeling cooped up at home?

A couple apparently decided to think out of the box. Or rather, outside their house.

Stomper Cal saw a man and a woman seated on their air-con ledge at Nin Residence, a condominium located at Block 81 Pheng Geck Avenue, on Monday (Dec 26).

Cal said: "These residents climbed through the window to use the air-con ledge as a balcony and dining area.

"I was just shocked. It's my first time seeing people climb through the window to use the air-con ledge like that. Not sure if this is allowed."

Based on photos that Cal took, the couple appear to be on the eighth floor.

According to the Stomper, the chairs that they were sitting on were still there the following day.

The condo units in the building come with balconies, so it is unclear why the couple were on the air-con ledge.