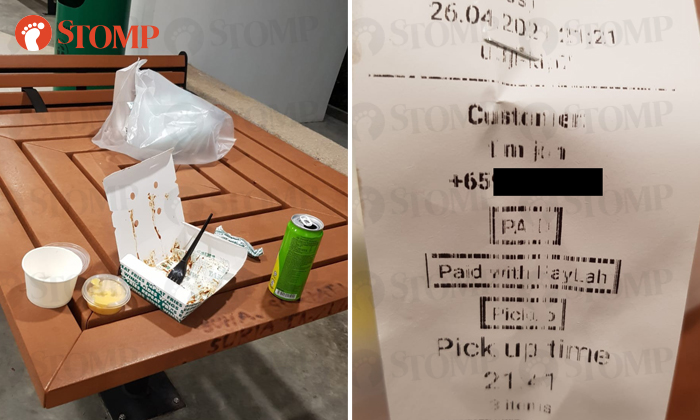 A litterbug unwittingly left behind his personal details along with his uncleared rubbish at a void deck in Sembawang.

Stomper Rica had spotted food waste left on a table at the void deck of Block 365B Sembawang Crescent during the wee hours of Tuesday (April 27), at around 1.45am.

Upon taking a closer look, the Stomper realised that there was an order chit attached to an abandoned plastic bag of food waste. 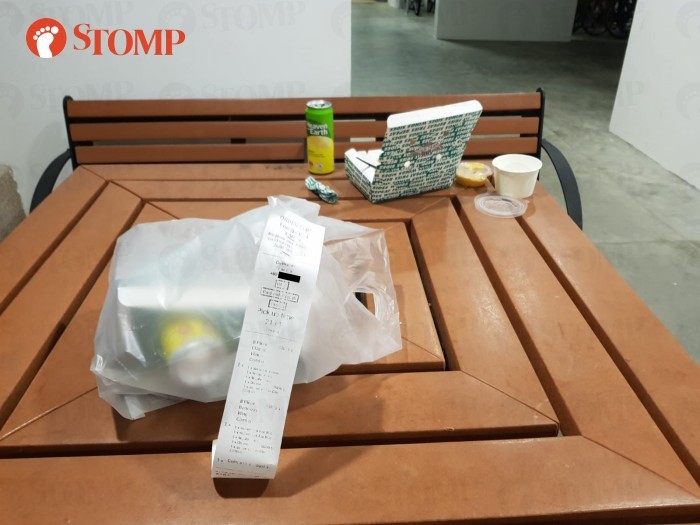 The order chit contained personal information such as the customer's name and contact number, as well as details about the meal from Wingstop at Woodlands Food Express.

Rica said: "Keep in mind that the food was ordered at 9pm according to the chit. The litter was left open as well.

"Whoever behind this must be absolutely fearless and entitled to be littering in common areas EVEN THOUGH THERE'S A BIN RIGHT NEXT TO THEM.

"There is zero consideration for others. As this is at a void deck, it would be a huge issue if the rubbish attracted cockroaches and rats.

"The culprit still can leave his Foodpanda order chit with his name, contact number and order ID attached to the plastic bag even though he littered. Stupid or fearless?"