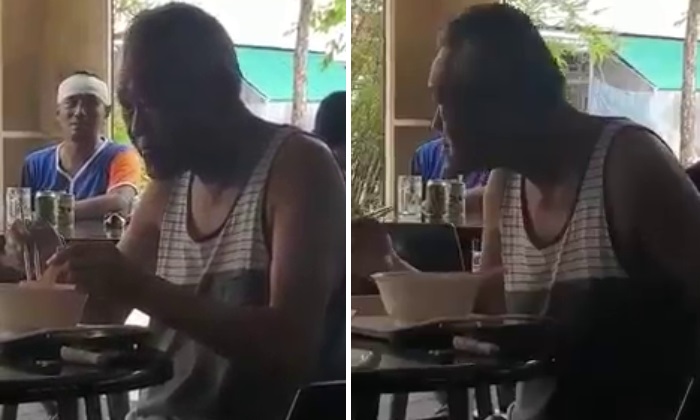 Now, seven years later, he appears to be back on many people's minds.

It was announced last month that The LKY Musical will be returning to the stage from September 7 at the Sands Theatre.

Actor Adrian Pang will reprise the role of Mr Lee and singer Kit Chan will take over the part of Mr Lee's wife Kwa Geok Choo from recent Paris burglary victim Sharon Au, who originated the role during the show's original run in 2015.

Coincidentally, Kwa Geok Choo is the title of a new play opening in July at the Victoria Theatre, where actress Tan Rui Shan will portray Mrs Lee, who died in 2010.

Then last week, it seemed that Mr Lee himself was going viral. Or rather, it was an eight-second video of an unidentified man blithely dining in a coffee shop, unaware he was being recorded and whom many were convinced was a dead ringer for Mr Lee.

Someone else quipped: "LKY and the Multiverse of Madness."

Another saw a new career opportunity: "An LKY look is worth its weight in gold. He can do impersonation for events and get paid well."

There was also a call for the lookalike to replace Adrian Pang, who doesn't look much like Mr Lee, in The LKY Musical: "Will someone go find out where this makan place is, he must be staying nearby, track him down, make him famous, offer him the LKY role in The LKY Musical. Adrian Pang is NOWHERE near, man!!!"

A few were reminded of Mr Lee's famous quote: "And even from my sickbed, even if you are going to lower me into the grave and I feel that something is going wrong, I will get up."

One remarked: "LKY mentioned before if need be, he will rise from his grave and true enough he is doing that now, but first he needs to eat to get back his energy so that he can wield his whip."

A netizen claimed to be acquainted with the doppelganger, saying: "I personally know him, and I won't share more info beyond this point, but all I want to say is, he's quite disturbed by this video today and this isn't the attention he wanted. Not everyone wants this kind of attention."

Another weighed in: "Although his looks resemble late LKY, he is a respectable Encik in the army. I tried asking him if he was related before but he say cannot say."

That the man is in the military appeared to be corroborated by a Redditor who said: "If I’m not wrong, he’s actually a SAF regular…seen him around Kranji camp 2 cookhouse numerous times. Many of my friends also commented that he looked like Lee Kuan Yew too hahaha."

What would Mr Lee himself think of all this?

As he was once quoted in the book Conversations With Lee Kuan Yew by Tom Plate: "I would not call myself 'fun-loving' or 'light-hearted'. But I am not serious all the time.

"Everyone needs to have a good laugh now and then, to see the funny side of things, and to laugh at himself."

Related Stories
'Simon Cowell-lookalike' mocks lorry driver about education after getting called 'f***face'
Bruno Mars taking train from Khatib? No, but his doppelganger is
These celebrity lookalikes from around the world will make you do a double take
More About:
Lee Kuan Yew
viral
lookalike
doppelganger