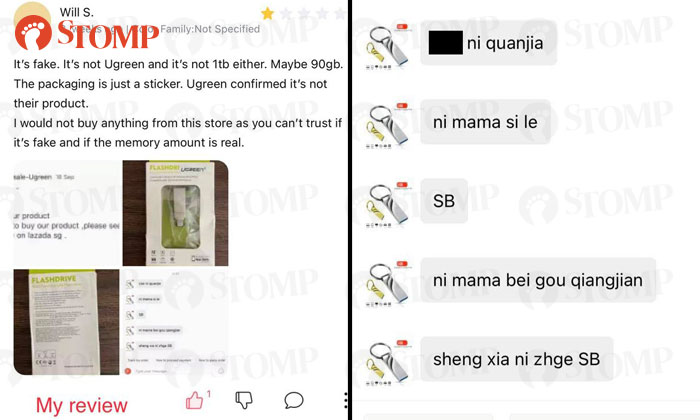 A Lazada seller hurled profanities and insults at a buyer after being called out for allegedly selling fake products.

Stomper Will shared with Stomp that he bought an iOS USB stick on Lazada and received it on Sep 17.

"I got suspicious because it stated it was UGREEN but it was just a sticker on the box.

"My suspicions rose after I found a review saying it was about 90GB which is only 10 per cent of its stated memory size.

"I emailed UGREEN's official account and they confirmed it was a fake. 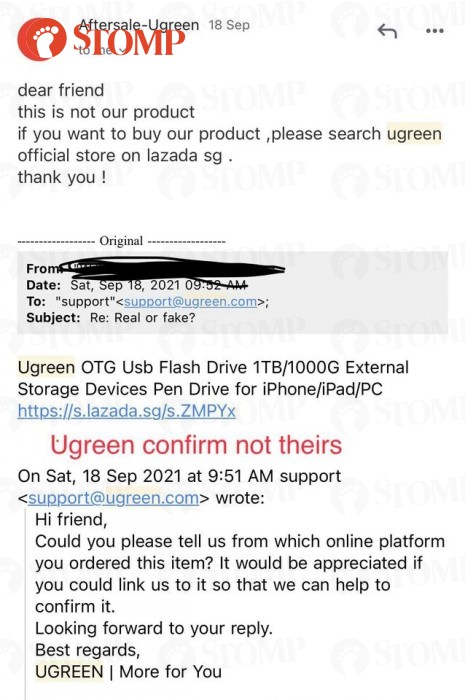 "I tested the product and it was indeed 10 per cent of the stated size."

Will then left a one-star review on the seller's page stating the product was fake and that the memory size was "not legit".

The seller then sent him nasty messages including, "F*** your whole family" and "Your mother got raped by a dog and gave birth to you, an idiot".

Will said he has since reported the incident to Lazada

"They just made sure I can return it but how many other people will get ripped off and not realize the memory size isn't real until months later when you can’t return it anymore?"