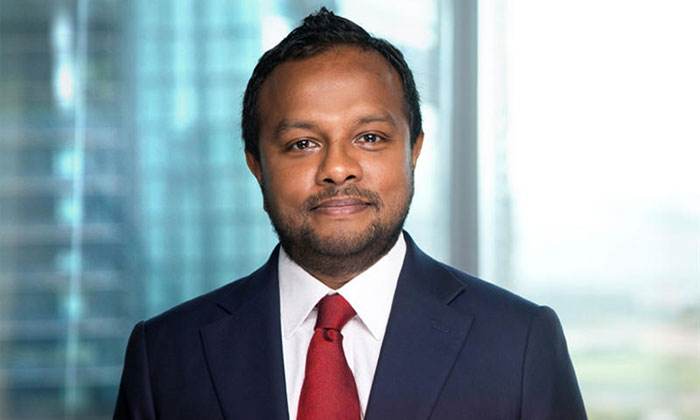 The lawyer who pleaded guilty to molesting three women has been sacked by law firm Ince Singapore.

An Ince spokesman told The New Paper on Thursday (Nov 21): “Following the Singapore Court’s decision, Devandran Karunakaran’s position at Ince has been terminated with immediate effect and he no longer works at the firm. We take the behaviour and ethical conduct of all of the Group’s Partners and staff extremely seriously.”

Previously, TNP reported that while intoxicated, Devandran, 40, a managing partner of a law firm, molested the women at a bar.

When told to leave by the bar manager, the lawyer not only hurled vulgarities at him but also asked if he knew who he was and threatened to get him fired.

He pleaded guilty to three charges of molestation and one charge under the Protection from Harassment Act. Three other molestation charges were taken into consideration.

The name of the pub and its location were redacted from court documents due to gag orders protecting the victims' identities.

The court heard that on May 16, 2018, Devandran had drinks with two clients before heading to the bar for more drinks.

At about 11pm, he was intoxicated and stood behind one of the patrons at the bar who was dining alone and stroked her back and waist with his hands.

The 48-year-old woman identified as Ms H shouted at him: "Don't touch me!"

DPP Tan Yen Seow said Devandran then walked away from her and headed towards the upper level of the bar, where a DJ and her friend were standing at a makeshift DJ stand.

The DJ, identified as Ms P, 28, felt disgusted and tried to shrug his arm off, but Devandran stroked her body from her shoulder to her waist.

She leaned away and pushed his arm off, removed her headset and walked away.

Devandran also stroked the other woman's body from her waist to her buttock.

The woman, identified as Ms K, 30, who works in the marketing division of a nightclub, quickly stepped away from him.

The bar's food and beverage team leader witnessed the incidents and told Devandran his actions were unacceptable.

He told Devandran to leave the DJ stand.

But Devandran ignored him and tried to pull one of the victims towards him. She pushed him away and Devandran was escorted away from the stand.

The bar manager then told Devandran of the molestation allegations, but Devandran shouted vulgarities at him.

The bar manager told him to finish his drinks and leave the bar, but Devandran said he would not do so and even asked him if he knew who he was, that he was a lawyer and threatened to make the manager lose his job.

Together with a security officer, the bar manager escorted Devandran out of the bar.

But the lawyer still hurled vulgarities at him at least 10 more times and insisted on returning to the bar to continue drinking.

The police arrived at 12.20am and Devandran was arrested at 1.50am.

In his submissions, Deputy Public Prosecutor Tan Yen Seow asked District Judge Christopher Tan Pheng Wee for a jail term, saying that Devandran had brazenly violated three women in the pub and had remained defiant and unrepentant even after being escorted out of the premises.

Citing statistics that showed the number of molestation cases at nightspots had grown by about 34 per cent from 2017 to 2018, the DPP added that an imprisonment term would serve as a deterrent to potential offenders and send a clear message that the courts do not tolerate molestation or any other inappropriate behaviour in night entertainment spots.

In response to queries from The New Paper, a spokesman for the Law Society said based on the information known to them, Devandran is a registered foreign lawyer but is not a member of the Law Society.

The Solicitors Regulation Authority (SRA), which is responsible for regulating the professional conduct of solicitors in England and Wales, told TNP last night it was aware of Devandran's conviction.

"We are aware of the issue and will gather all relevant information before deciding on next steps," the spokesman said.

If found to have breached the SRA's code of conduct, Devandran could be fined or face a disciplinary tribunal that can strike him off the roll.