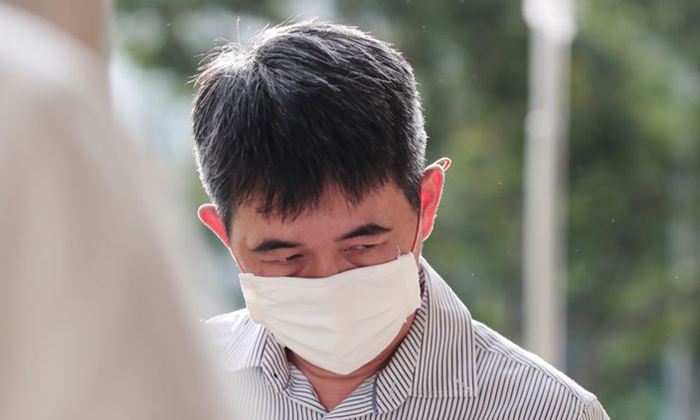 A lawyer defending a former Grab driver accused of trying to rape a drunk passenger argued on Monday (March 15) that the woman was able to give consent despite being intoxicated.

He also said that the sounds from the woman showed that she could have been an "active participant" in sexual acts with Tan Yew Sin.

Tan, 46, is being tried in the High Court on one count each of attempted rape, sexual assault by penetration and outrage of modesty.

The married man with three children is accused of committing the offences on the woman, then 19 years old, in the early hours of May 19, 2018.

Tan admitted to police that he had fondled the woman and tried to have sex with her in his Kia Carens, but claimed she participated in some acts.

On Monday, his lawyer, Mr Chenthil Kumarasingam, argued that the prosecution has not made out a case that required the defence to answer.

He said in-car camera footage showed that the woman had a "coherent" conversation with Tan.

The lawyer argued that the sounds she made showed that she "participated" in sexual activity with Tan.

He also said the woman had said "no" to Tan when he went to the back seat and tried to initiate sexual contact with her a second time.

"The moment she said no, my client stopped and moved to the front... She was able to refuse consent," he said.

Deputy Public Prosecutor M. Kayal Pillay cited an expert witness' opinion in arguing that the woman was highly intoxicated at the time and lacked capacity to consent.

She noted that the in-car camera clips did not capture the woman's express consent.

Ms Pillay added that the moaning sounds in the footage was a function of physical stimulation and not a sign of active participation.

After hearing the arguments from both sides, Justice Pang Khang Chau said he will give his decision on a later date.

If the judge rejects the defence's arguments, Tan will have to decide whether he wants to take the stand to give his account.

The court heard that the woman's friend had booked a Grab car to pick her up from a bar at Seletar Aerospace Park and take her home to her condominium in Jalan Loyang Besar. The friend told Tan that the woman was drunk.

At her destination, the woman could not enter the condominium despite tapping her pouch against the card reader at the side gate.

She began crying and Tan took her back to his car. He tried to have sex with her but did not succeed.

He then drove to a more secluded area, got into the back seat again and fondled her, but she pushed him away.

After some time, she regained some of her senses, and Tan helped her to get into the condominium.

Instead of going home, she went to a toilet near the pool, left her things there and walked out of the condo.

She was later found lying on the road by another private-hire driver, who called the police.