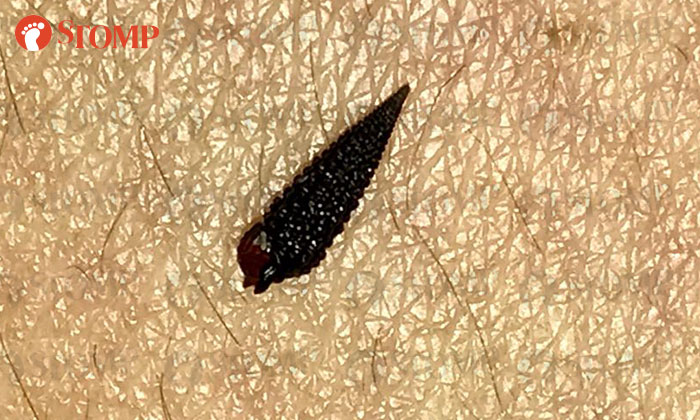 Stomper Lau Lup came across an elusive find as he was strolling along Changi Beach on a lazy Friday afternoon (March 2).

It was a micro shell, about half a centimetre long,  hidden along the white sandy shores and debris.

“I placed it cautiously on my palm and took a few photos of it as memorial sake, before placing it back again.

“Later I managed to identify it as a species under the Triporidae family.

“It’s really a jewel of the sea with it glossy and beaded surface.

“This is a family of micro shell under local research. “

What’s even more surprising, said Lau Lup was that the shell he found was a left-handed shell instead of the usual right-handed ones.

“Maybe this shell might a new record in Singapore!

“I think Singapore is full of diverse species. If we take the time to explore, who knows what we may find in our backyard?”