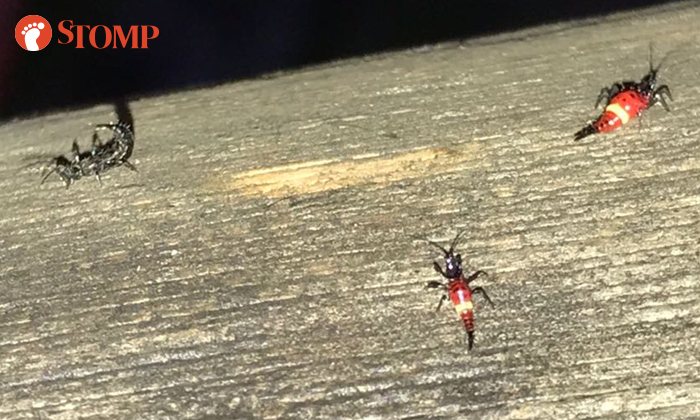 Stomper Lau Lup came across scorpion-like creatures on a coconut tree near his block in Hougang.

"These dangerous, exotic looking, scorpion-like micro monsters were found on a young coconut tree near the lift lobby where I stay," wrote Lau Lup.

He was walking home after work last Friday (Dec 15) when he saw the creatures.

"It seems that the three of them were about to duel with one another! However, I think they were just putting up a show (wayang) by wielding their sword-like appendages in the air."

He added that the black one appeared to have double swords on its rear end.

"It was pleasantly surprising and fun to end the stressful week with a swordplay usually depicted in 武侠 wuxia novels, presented to me in this fashion," said Lau Lup.

Do you know what are these scorpion-like creatures?