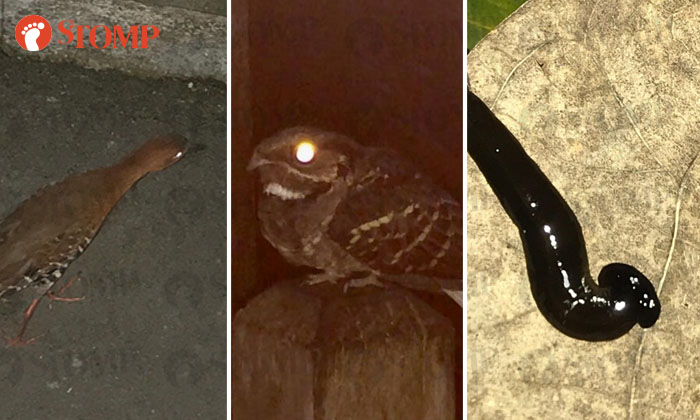 Halloween is approaching soon and Stomper Lau Lup is celebrating it with the animals from the Botanic Gardens, which he thinks are "spooky".

After attending a forum at Goodwood Park Hotel on Oct 27 with his colleagues, Lau Lup headed down to the Botanic Gardens at about 5pm in the evening to relax and enjoy his surroundings.

When it got darker, he spotted the first creepy creature of the evening, a black planarian. 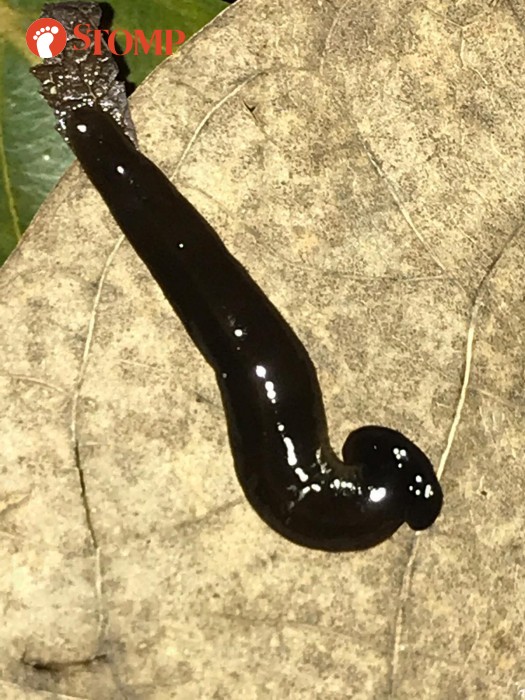 Black planaria are a type of flatworm.

According to Wikipedia, Planaria eat living or dead small animals that they suck up with their muscular mouths.

Lau Lup had spotted it fleeing the carcass of a dead snail.

The next creature he said he saw had haunting eyes and approached Lau Lup boldly.

It was a large-tailed nightjar. 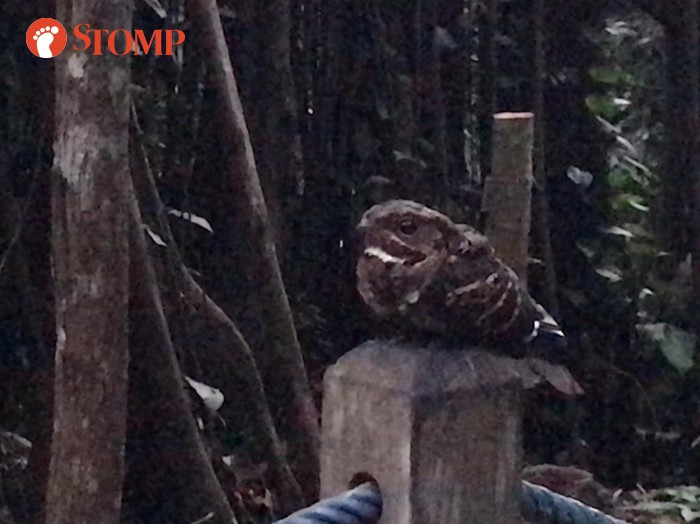 According to Francis Yap Nature Photography's blog, the nightjar is a nocturnal bird.

It also states that the bird is known as burung tukang kubur in Malay, which means gravedigger bird, because of its distinct fondness for cemeteries.

Lau Lup said: "It looked evil because of its eyes reflecting the light. It was also not afraid of me and did not hide when I made noises."

At this point, it was getting dark and Lau Lup decided to head towards Botanic Gardens MRT Station.

As he was walking, a figure dashed across him.

He took out his phone and captured a picture of a red-legged crake. 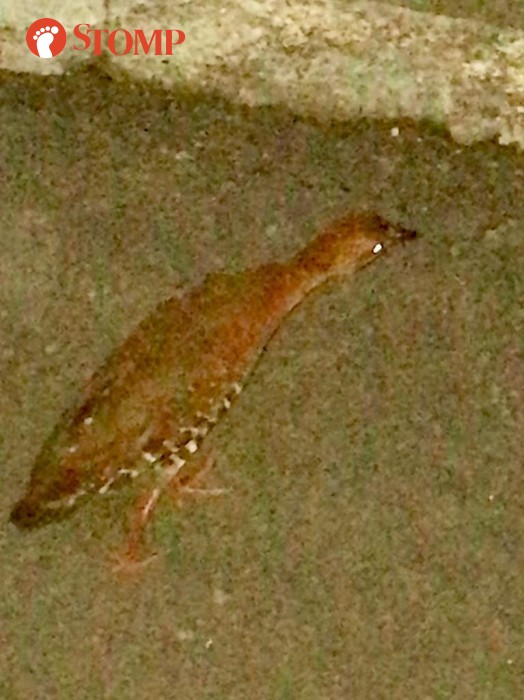 According to Singapore Bird Group's blog, the crakes are capable of giving out a series of “devilish-sounding” screams, and very sharp "girrrr" and "R R R R call".

It was definitely an eventful animal adventure for Lau Lup at the Botanic Gardens.