Lambos, Maseratis come out in full force for grand opening of club at St James 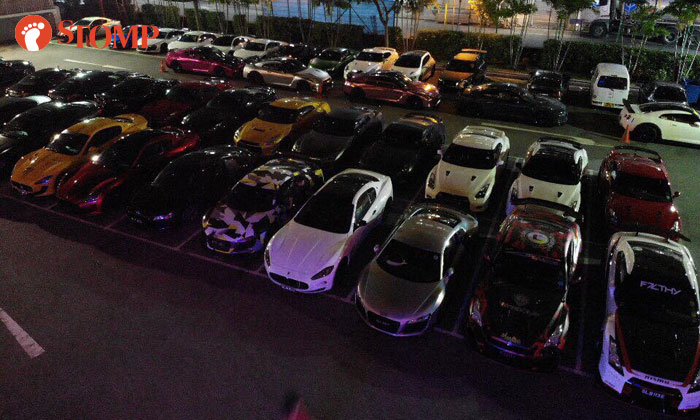 A fleet of Lamborghinis, Maseratis, McLarens, Audi R8s, Bentleys and various other supercars arrived at the grand opening of ENVY Dance Club on Mar 13.

Edison, the club's owner, shared photos of the automobiles with Stomp.

He said that the cars belonged to members of a supercar club he belonged to and regular customers who had come down St James Power Station.

Although the club has been operating since Aug 2017 they have only had soft-launches prior to this main event.

"Other celebrities and VVIPs also made appearances to show their support for the fusion dance club," he said.

"With special LED dragons and lion dances accompanied by funny fortune god mascots dancing away to the music, the club ended the opening ceremony on the grandest note."