Lambo wrecked in accident with Mini Cooper and Toyota at Sentosa, 3 injured 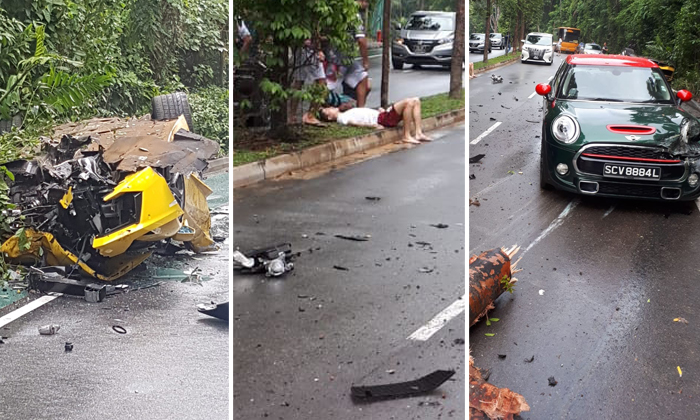 Three people were injured in an accident involving a Lamborghini, a Mini Cooper, and a Toyota Estima at Sentosa on Tuesday afternoon (May 29).

The police were alerted to the three-car accident along Allanbrooke Road towards Cove Avenue at 4.53pm, they told Stomp in response to queries.

The 22-year-old Lamborghini driver, his 21-year-old male passenger, and the 38-year-old male Toyota driver were conscious when taken to Singapore General Hospital.

Several Stompers alerted Stomp to photos of the accident that have been circulating online.

One image shows a man lying on the road divider: 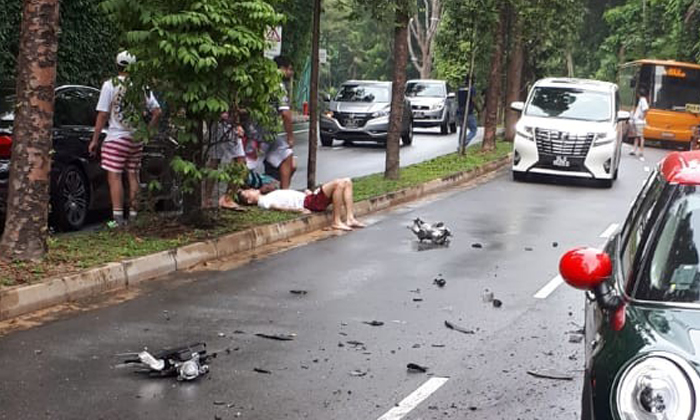 The yellow Lamborghini can be seen overturned with a mangled front bumper, while the Toyota's right side was wrecked.

The Mini Cooper had a damaged left headlight, and in front of it lay a fallen tree trunk.

Videos also show an ambulance and paramedics at the scene.